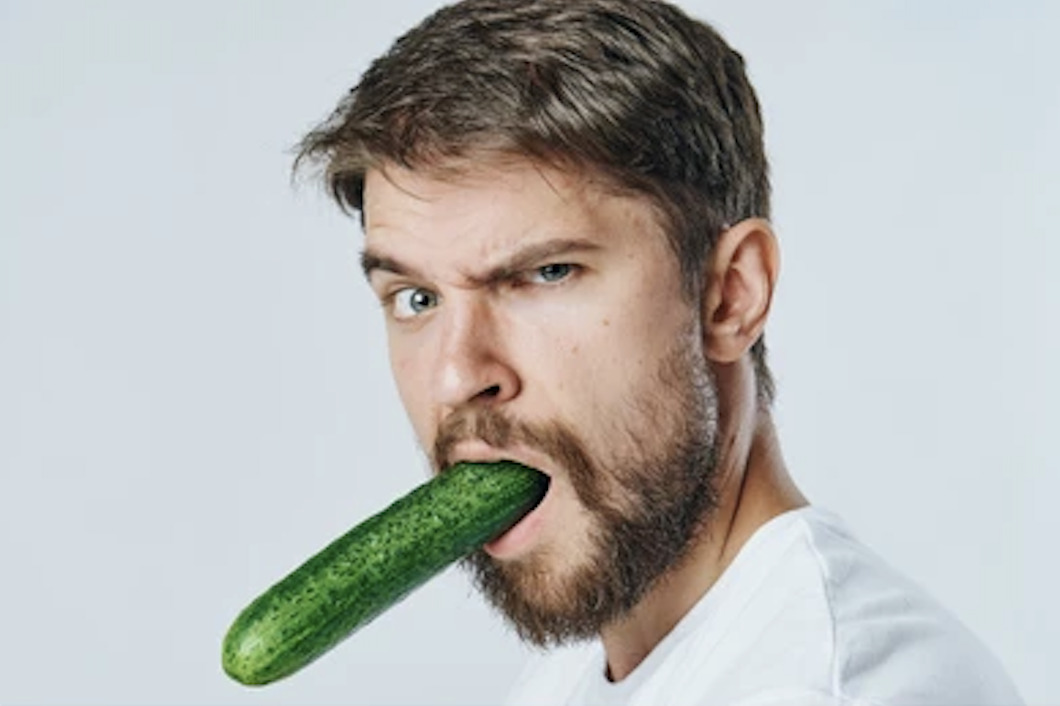 KINZELBERG HALL—After multiple passers-by observed nutritional sciences major Anthony Walters ‘23 eating a cucumber as one might consume a banana, sources confirmed he must have access to some insider information.

“There’s no way he’s just eating that because he enjoys it, right?” said civil engineering major Madison Davies ‘24. “Like, pickles I could maybe understand, although that’s already pushing it. But a raw cucumber… that must extend your lifespan by, like, ten years or something.”

Reports indicate that Walters calmly reached into his backpack and produced the cucumber midway through a 9:40 a.m. discussion section. He calmly but directly attacked the forbidden fruit, swiftly devouring it and leaving behind only a trail of horrified classmates. According to sources close to Walters, the cucumber is only the tip of the iceberg.

“One time I was making hashbrowns and he asked if I was going to save the potato skin peelings ‘as a snack for later’ or if he could have them,” said roommate Ilana Morgan ‘23. “I thought about trying to get out of our lease then and there, but ultimately I thought better of it. What if he’s willing to share some of his NutSci knowledge? I can’t miss that opportunity.”