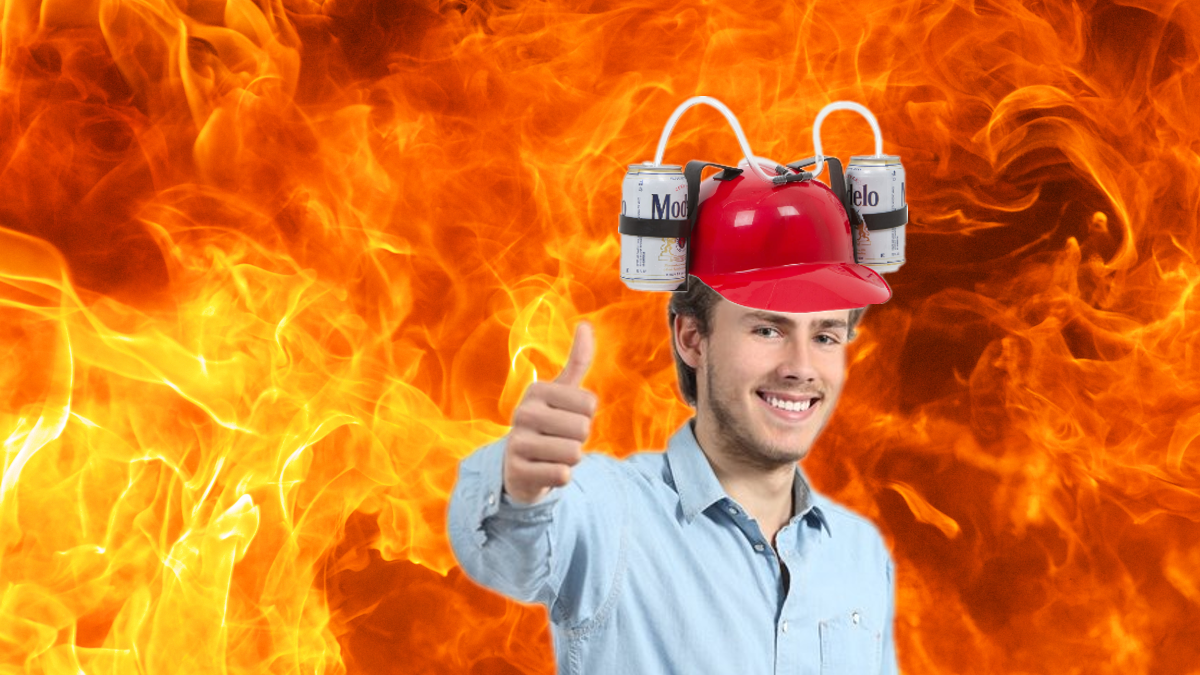 NORTH CAMPUS – A Cornell social fraternity proved their commitment to campus safety by becoming the first and only fraternity to pass their fire and safety inspections this year. The brothers claim to have worked very hard to fix up their house, which normally injures dozens each week.

“I’m not shocked we passed,” said brother Isaac Otto ‘24, frat president. “Our smoke detector may be a paper bowl with an M&M stuck to it, but with 17 failed inspections, the odds were in our favor.”

Otto pointed out various changes to the house that contributed to the frat’s remarkable achievement: sealing a once gaping hole in the floor with a patch of fuchsia leopard-print duct tape, the half-assed addition of screws to the elevated surfaces upon which people stand, and the slight loosening of the hinges on that one emergency door, which is now guaranteed to open if you “push really hard and also have the key.”

Students lauded the fraternity for their trailblazing initiatives. “I’ve never been to a frat that has passed their fire inspection before,” reported Anastasia Berto ‘25. “Every night out I wonder when the fire alarm will go off and I’ll have to sprint to the door hoping the place isn’t burning down. But now I feel safe knowing that this frat  has taken steps to create a secure space.”

Although the new fire inspector is a recent alumnus of the fraternity, the brothers assured Sorority and Fraternity life officials that there was “no correlation” between them passing and this change.