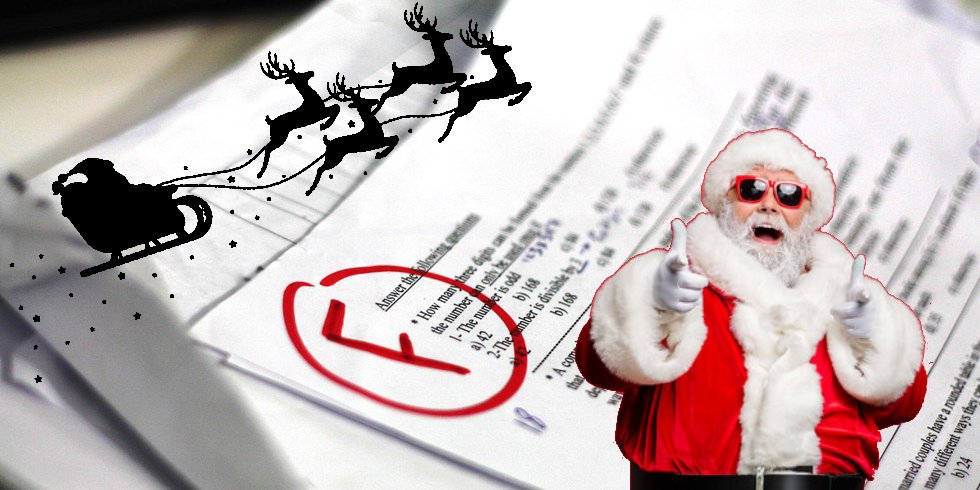 MALOTT HALL—’Tis the season of Christmas and finals! To gift his physics students a smidgen of holiday cheer, Professor Jason McDougal snuck in a silly little reference to Santa Claus in the middle of his grueling 256-question final exam.

“The kids deserve something fun, after crying their eyes out for half the test!” McDougal explained cheerfully, as he handed out candy canes to each of his exhausted, dead-eyed students. “So while I was brainstorming new dastardly ways to trick them into using the wrong equations, I thought to myself, what if this frictionless sphere… was a frictionless spherical reindeer? Genius, am I right?”

The festive question could be found partway through #173, a sixteen-part question based entirely on the last two lectures of class. The spherical reindeer in question had a constant acceleration in the z-direction, a four-velocity dependent on both time and mass, and an adorable, teensy-tiny red dot for a nose.

“Oh, man, I totally lost it when I saw that,” said Ivan Pereira ’24, from his collapsed position on the floor after handing in his tear-stained, half-finished exam. “Like, you’re getting absolutely slaughtered by these insane questions, you’ve only got twenty minutes left for the whole second half, and then you flip the page and the diagram has little reindeer antlers. Sent me into hysterics! I don’t remember anything that happened after that, actually.”

In keeping with the festive spirit, McDougal plans to gradually release all the problem set grades over the eight days of Hanukkah.