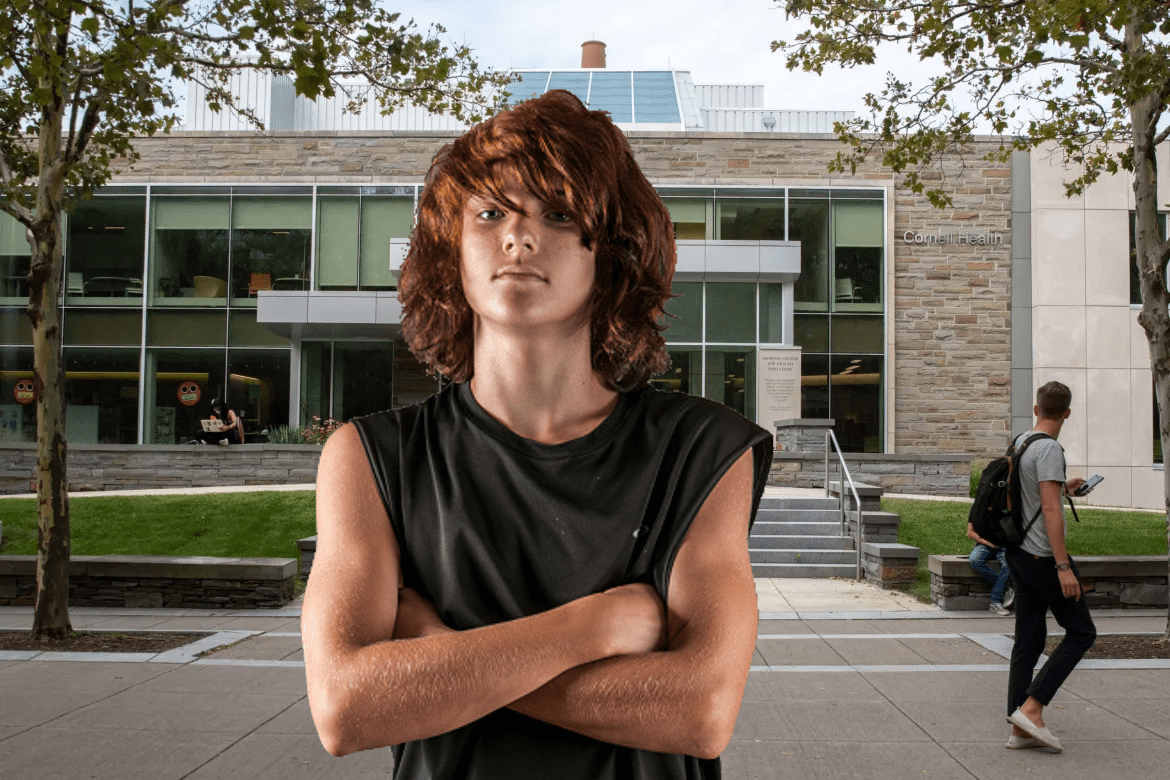 CORNELL HEALTH–Noah Barnum ‘23 was left shocked after chronically swagless therapists at CAPS misdiagnosed him with a major psychological disorder instead of a “baller lifestyle.”

“Yeah, I’ve been having some motivation problems lately, but who hasn’t?” said Barnum, while curled around a pile of dirty laundry on crumb-covered sheets at 4 pm. “Sure, I haven’t done my dishes in three weeks, but that’s only because I’ve been too busy staring at the wall thinking about how pointless my life is. That’s just how things are when you’re a senior, and also every year of my life since age twelve.” Barnum then rolled over to grab an open beer can from his floor, said, “Thirsty Thursdays, am I right?” and finished the warm liquid in a single gulp.

Although CAPS’s most epically cringepilled “psychologists” continue to swear that Barnum has a “medical”  “problem,”  it is clear his flawless counterargument has shaken them to their very core.

“I cannot stress enough, these symptoms are not normal,” insisted therapist Dr. Ximena Alvarez, gesturing wildly at her clipboard. “A healthy student, even a senior, should have the energy required to attend classes regularly and perform daily activities,” she continued, utterly failing to beat the hater allegations. “It’s simply not possible that everyone at Cornell feels this way, right? Right? Right?”

Barton was in for another shock later that day as Cornell Health doctors proclaimed him a “high-functioning alcoholic” and not just “a guy who likes to party.”