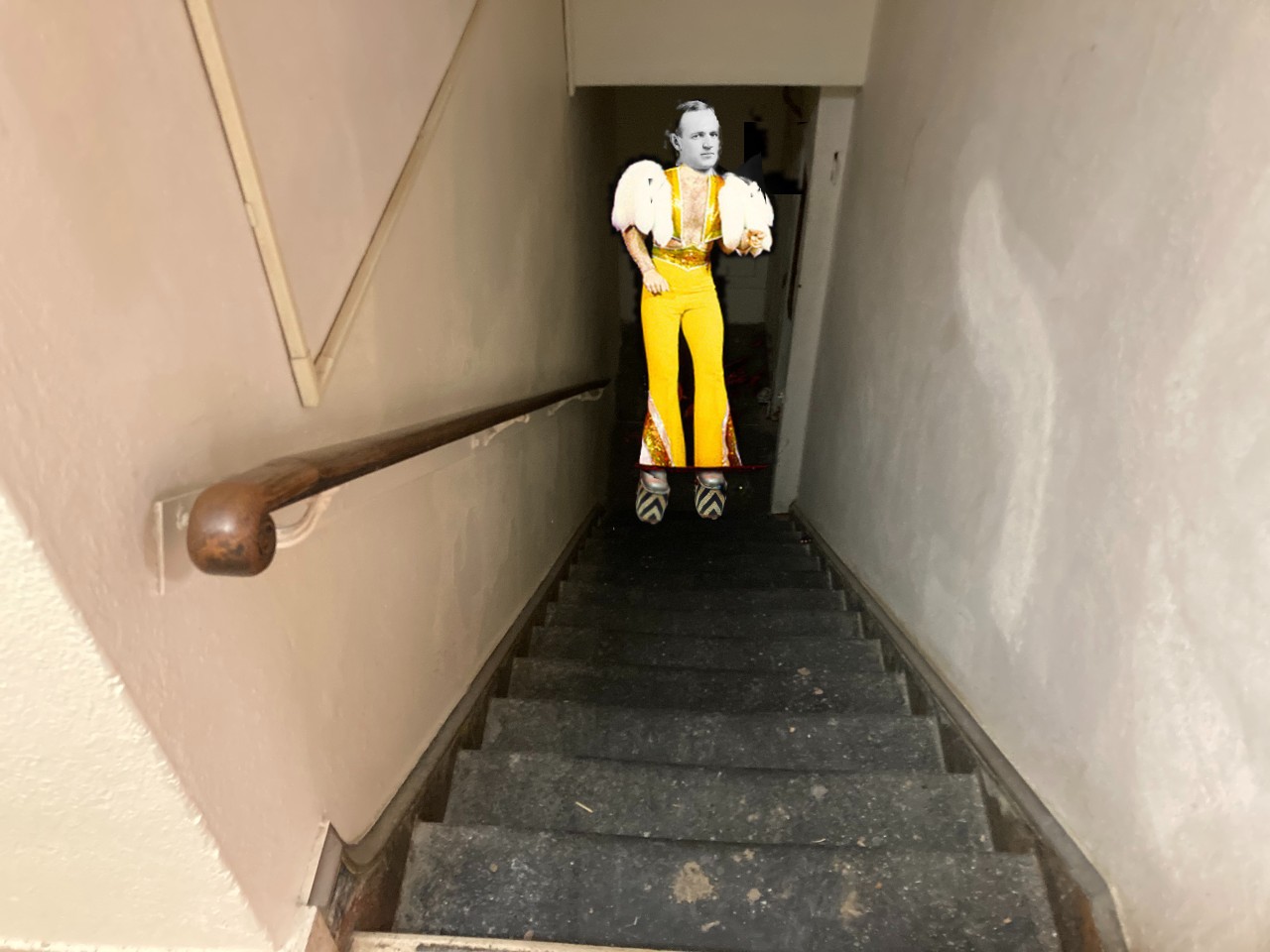 Cornell University has forever changed my life. Not for the reasons one might think — the networking connections, the classes, the harrowing cover-up of a manslaughter following a frisbee golf game gone wrong. No, rather by revealing the secret behind Willard Straight Hall. The fateful day I learned this secret began mundanely. I was strutting through campus when I felt something shift inside me and sensed a gurgle emanating from deep within. In one terrible moment, I knew — my Gimme Coffee oat chai latte was not oat after all. Be still my lactose-intolerant lower intestines! I altered my course, and with it my destiny, heading for the one place where I could evacuate my delicate bowels without any fear of discovery.

I strode confidently into Willard Straight hall, willing my features not to betray the enormity of my digestive distress. Down, down, ever deeper down I ventured, to the lowest floor, where naught but the cutthroat SAFC officers dared dwell. Herein, I knew my salvation lay—in the least trafficked bathroom on campus, save for the Gates’ ladies’ room. Here, I could take a dump in peace.

With my bowels evacuated and upper lip sweaty from exertion, I felt no need to tarry long in the strangely anachronistic bathroom. But just as I reached to grab the doorknob, a strange noise, similar to a muffled episode of The Golden Girls, prompted me to turn around. My eyes fixed on the slightly ajar door across the room. I wanted to look away, to return to the hustle and bustle of the arts quad and leave the bathroom to air out in peace. But my gaze kept slipping back to that damned door as if it were the Victoria’s Secret window display on a mall trip with my mother.

Will depleted by my earlier digestive exertions, I peered into the great dark abyss behind the cracked door and descended yet another set of stairs into inky blackness. My phone flashlight blinked weakly as I reached the base of the stairs, faintly illuminating my surroundings. The cavernous expanse was filled with stacks upon stacks of dark circles that revealed themselves to be records by the so-called Village People. Not wanting to disturb this domain of disco, I backed towards the stairs, when I found myself trodding upon a sensible yet fashionable pair of high-end pumps. I opened my mouth to apologize when a stranger demanded of me, “Who dares transpass upon the realm of Willard Gay?!”

I turned to stare at the well-dressed specter. I’d heard of Willard Straight before, but did my ears deceive me? Could there really be a Willard Gay? And yet, there was no denying his appearance. He had the face of any of the seventeen other white men every building on campus is named after, but I’d been in a room with him for a dizzying number of seconds and he had yet to make a sexual comment about mine bosom. His ghostly muscles were toned from centuries of dancing to the Lady Spears. His face was, as the youth say, beat.

I began to stammer my apologies when a change swept over Willard Gay’s face. He bowed, causing his ghostly hotpants to ride even further up his shaved thigh. “My liege!” he cried. “Many centuries I have spent in the darkness, awaiting the arrival of the Chosen One. It is you who was prophesied to overthrow my evil brother, Willard Straight, and enact the Gay Agenda across campus! Please, armor yourself with my sacred RENT playbill and charge into battle!”

My mind whirled. “You must be mistaken! I cannot be the Chosen One of which you speak! Surely everyone thinks of women like that, yes? That party of slumber I shared with my best friend was a mere fluke, and not something I think about every night!”

“Oh, verily, my liege,” interrupted Mr. Gay. “But please, grant me one boon, before you go.” I couldn’t turn down the simple request of this wizened yet moisturized man. “Could you, perhaps, allow mine eyes to gaze upon thy search history?” With trembling fingers, I passed my iPhone to the ghostly figure. There, from 2:35am the night before, they were—Google searches, in multitudes. He scrolled through with a unexpected precision for a sequestered ghost: “Am I Gay Quiz,” “does liking cargo shorts and carabiners make me gay,” “normal to look at boobs woman.”

“Mine brother—he doth borrow my phone—” I began, but the disdainful arch of Willard Gay’s plucked brow made plain he knew of my falsehood. I could not stay here any longer with this insolent specter. I resolved to flee with my heterosexuality intact—save for that night in 2015 when Caroline and I practiced kissing (for when we got boyfriends!).  As I made my way up the stairs, I heard Willard Gay’s final retort: “You can outrun me, but you can’t outrun the Barbie dolls you made kiss!”