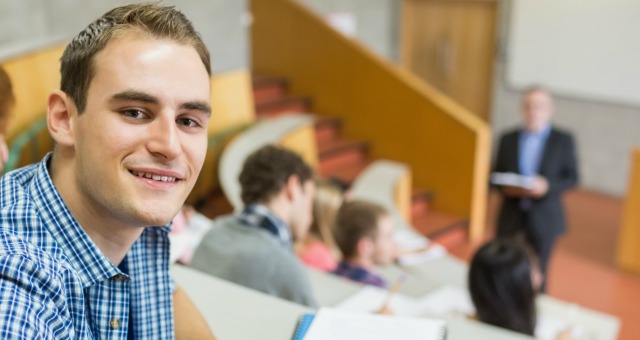 GOLDWIN SMITH – Stating that the dichotomy between good and evil was a theme in both John Milton’s oeuvre Paradise Lost and the championship football game between the New England Patriots and the Atlanta Falcons, comparative literature student William Perkins ‘18 hastily related his reading from the previous night to Super Bowl LI during discussion.

“We see the clear divide Milton makes between God and Lucifer, the former being the embodiment of purity and the other a manifestation of sin. The same is true for last night’s big game, in that I’m sure all of us imagined one team as on the side of God and the other with Satan, however surely that depends on which side you were rooting for,” said Perkins in a meager attempt to participate in class, making a huge stretch to compare Tom Brady’s comeback in the fourth quarter to the epic poem’s central quest for revenge against God.

“The fallen angels might even be a better metaphor for the Atlanta team, now that I think about it. They were in the good graces of God until they gave in to their tragic flaw, which we all know is hubris, and fell from that grace. And if you look at their logo, the Falcons even resemble fallen angels.”

At press time, Williams had managed to shoehorn in the Chicago Cubs World Series victory into a short response to Dostoevsky’s Notes From The Underground.