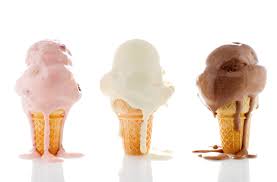 RPCC DINING HALL – The world’s leading climate scientists confirmed that the scoop of French vanilla ice cream Jordan Chaplain ’19 placed on top of his waffle has shown signs of premature deglaciation, at a rate much faster than experts previously surmised, as concluded at climate talks in Paris this past week.

“What we’re seeing here is a very clear pattern of how all of this will play out. By 6:32 PM EST, about ten minutes from now, all the ice cream in this plate region will have melted,” says Edouard Barth, renowned French climatologist. “If we don’t do anything to resolve this issue, it could mean catastrophe for all waffles a la mode.”

Despite the outcry of some skeptics, the scientific community has come to a unanimous conclusion that the cause of the catastrophe can ultimately be traced back to human activity.

“99.9% of researchers believe that if mankind had either reduced emissions of greenhouse gases, or simply eaten dessert quickly, the ice cream would not have melted in this way,” says Stephen Kallbekken, Director of the Centre of International Climate and Energy Policy. “We also strongly believe that the hot chocolate fudge that Chaplain, and soft-serve enjoyers across the planet, are applying over the concoction has only exacerbated the problem.”

Kallbekken further added, “What is most worrying is the effect that all the melting will have on the surrounding plate regions. It is a distinct possibility that a waffle, above which lies the melting dairy product, will render the entire area soggy and eventually–if Jordan and America do not cooperate with our efforts to ameliorate the conditions–become inedible for future inhabitants of dining halls across the globe.”

In light of the recent crisis, Chaplain has already begun talks with his parents of potentially divesting from ramen noodles and transitioning to plant-based, alternative energy sources.