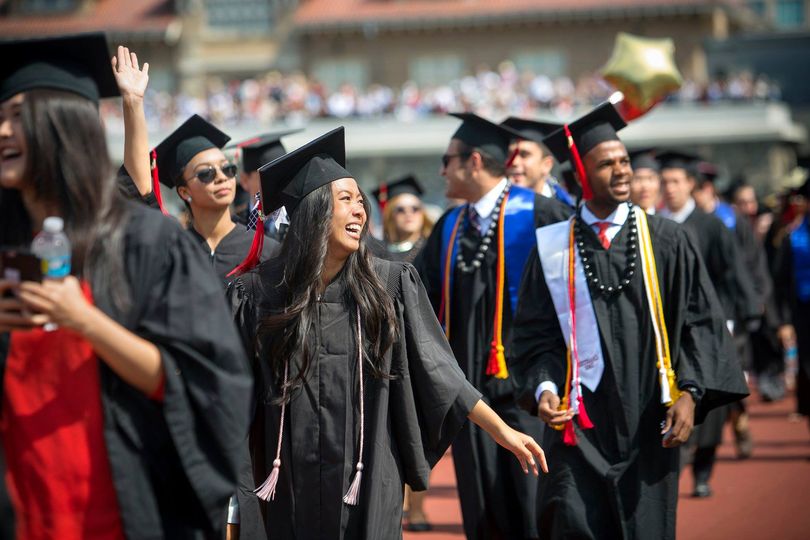 ITHACA, NY—With the new announcement that each graduating senior would receive two tickets for guests, students were delighted at the prospect of selecting which family members they’d send to the hospital for severe heat injuries.

“I was so relieved to get that email,” said Marvin Thomas ’21. “A graduation without grandparents dropping like flies and the dulcet tones of approaching ambulances? Gee, just wouldn’t feel like a real graduation, y’know?”

In previous years, graduating seniors could ensure that many, if not all of their family members could be guaranteed a brush with death. After the cancellation of the Class of 2020’s in-person commencement, graduating members of the Class of 2021 feared that they too would be unable to use their final moment of college to inflict maximum damage upon their loved ones.

“I was really at war with myself trying to decide which of my precious relatives I wanted to potentially pass out, or pass away, in the bleachers of Schoellkopf field. Then I remembered Uncle Ted has been getting a little too cocky about that new paleo diet he’s on,” noted Cassandra Lee ’21. “I’m hoping a little good-ol-fashioned sunstroke will humble him.”

While some students mean only to put their relatives in their place with a good scare, others plan to use the event for more nefarious results. “My Mee-maw has survived both world wars, the Vietnam war, and at least three occasions of something she likes to call ‘Grand-pappy’s Maritime Oopsies’.” said Tobias Peston ’21. “Frankly, I think it’s just her time now.”

In preparation for the event, emergency services have hurriedly launched an ad campaign, featuring photos of the elderly with captions like: “Beat it, Heat!” and “Sunstroke? Nah, I’ll Take Me Some Funstroke!” Response to the campaign has been tepid at best.