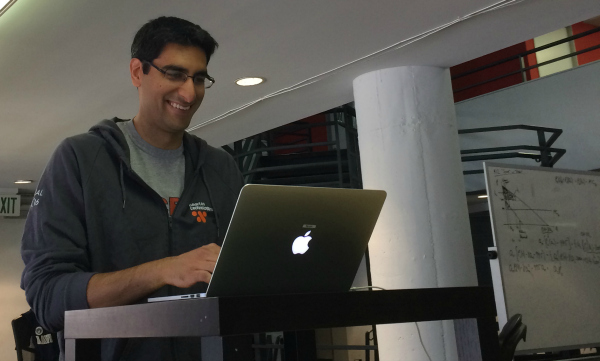 MIDTOWN MANHATTAN — Hoping to remind his fellow interns of his intellectual superiority, Cornell rising Sophomore Danny Harris dropped his fourth hint of the day that he goes to Cornell University while working at startup this summer.

Harris, who is currently in the process of transferring from ILR to AEM, was heard telling people that although the office was cold, the place he goes to school was “much much colder.” After looking around and seeing that no one within earshot took the bait, Harris quickly followed up with a much louder “yeah, upstate New York in the wintertime can get pretty cold, especially when you’re far above Cayuga’s Waters.”

Kelly Martinez, a fellow intern of Harris’, said that while  “all the interns know Danny goes to Cornell, we just don’t need to have it shoved in our faces all the time. Some of us go to other good schools too, and, for certain reasons, couldn’t attend an Ivy League School like Danny. Plus, he’s always asking why the office vending machine won’t take his BRBs, like we’re supposed to know what that is.”

After realizing that his hints were not being recognized, Harris decided to wear his Cornell Vineyard Vines belt and bring his Cornell coffee mug and ILR water bottle to work tomorrow for all to see.