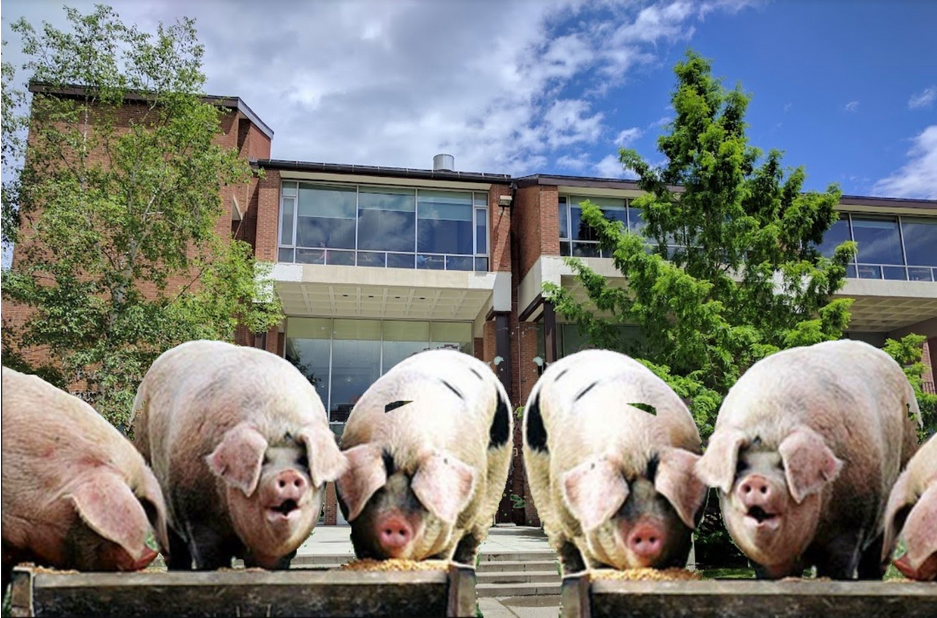 “We believe that Slop in a Trough is the fastest and most effective way to feed our growing student body,” said a Cornell Dining representative. “By eliminating lines, forks, plates, napkins, and vegetarian options, we have created a system in which there are no barriers to students shoving their face into a lukewarm tub of gelatinous nutrition.”

As RPCC opened for lunch, hundreds of hungry freshmen could be seen swarming past the doors to descend upon the bulbous trough laden with glistening slop. The air was soon filled with frenzied slurping noises punctuated by guttural chants of  “MMM… THE SLOP!” from wet-mouthed underclassmen. The students’ slop frenzy continued unabated even as Cornell Dining announced that no meal plan refunds would be given as a result of the new slop system.

In response to concerns that the Slop in a Trough arrangement was even less COVID safe than the previous system, the representative reassured the student body that the chemicals in the slop were more than enough to kill any pathogens encountered during the slop experience.