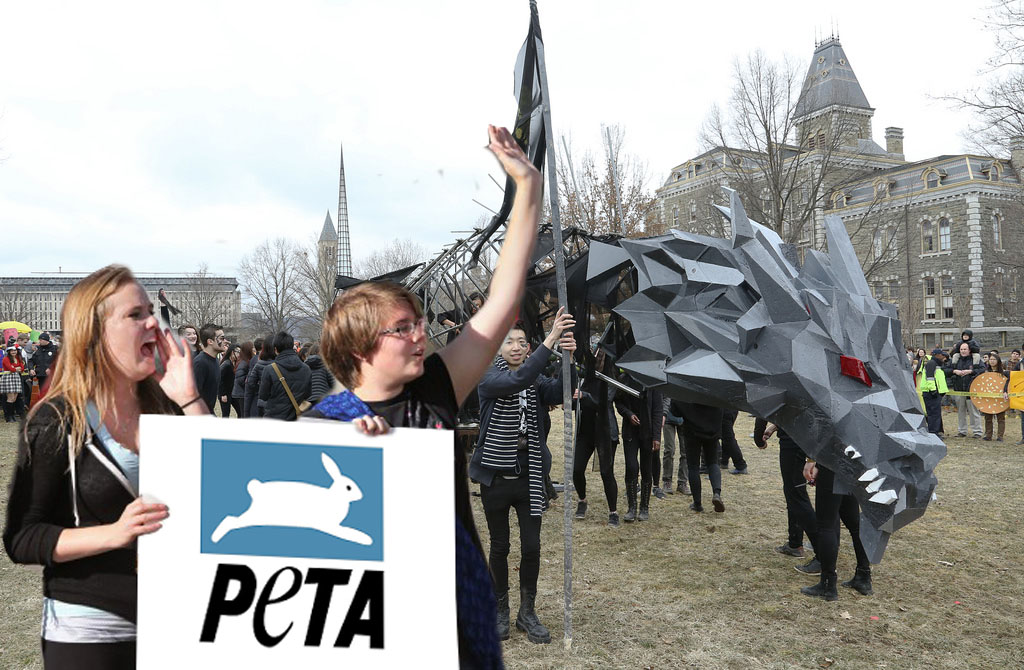 “The Archies keep this beautiful creature cooped up for months in the basement of Rand Hall, an enclosure that is far too small for a healthy, adult dragon to live in,” stated student protester Sarah Rothwiler ‘19, speaking into a megaphone and holding up a sign reading “Mythical Creatures are People Too.”

“When a cute puppy or kitten is treated so horribly, everyone is rightly outraged over the abuse; but when an elephant, sea creature, or 3,000 pound, fire breathing reptile receives the same treatment, people think it’s entertainment,” added Rothwiler.

Protesters claimed they would not back down until their demand to free the dragon to its “natural habit of abandoned, lava-surrounded castles” was met.

While the protesters continue to fight dragon abuse, they hope other noble, moral Cornellians will rise against the mistreatment of phoenixes bred in captivity by engineers.