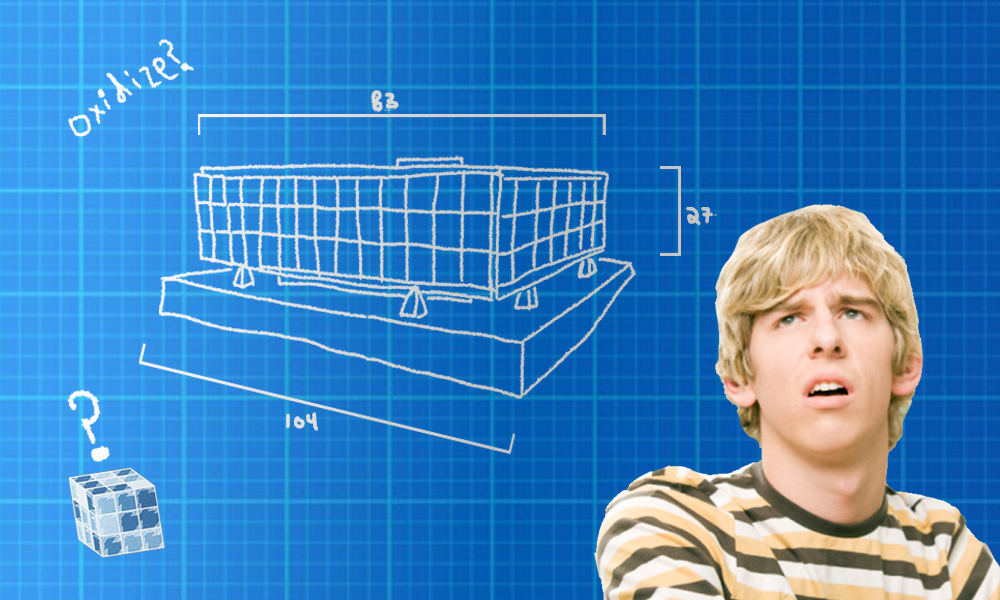 URIS HALL—Architecture student Jeremy Caspar ’25 was left in shock Wednesday after discovering that he had failed his most recent assignment, not for copying the exact design of Uris Hall, in a bold-faced act of plagiarism, but rather for submitting a structure so profoundly unsettling.

“I just don’t get it,” complained a perplexed Caspar. “When Professor Benson called me into his office, I was certain I could make him see how kickass my design was. He just didn’t understand how awesome the massive pillars of concrete holding it up would look, and when I tried to explain how I could put a neat little cafe in the corner of the lobby, he spat at me and ended the meeting.”

While Caspar’s blueprints could not be inspected, having been torn to shreds by his professor, a search of the professor’s office did yield several objects of interest. Most notably, a dartboard with Caspar’s face on it, a nearly empty bottle of Jack Daniels, and a freshly opened bible.

“Frankly, it’s hideous,” stated Senior Architecture Professor Robert Benson. “I asked the students to design a multi-use academic building, and what I received appears to be some sort of Soviet era prison. Putting that horrendous hunk of rusted metal anywhere where someone might see it ought to be illegal.”

Caspar was later seen submitting blueprints identical to Carpenter Hall for his final project, to which Professor Benson responded by failing him in the course.