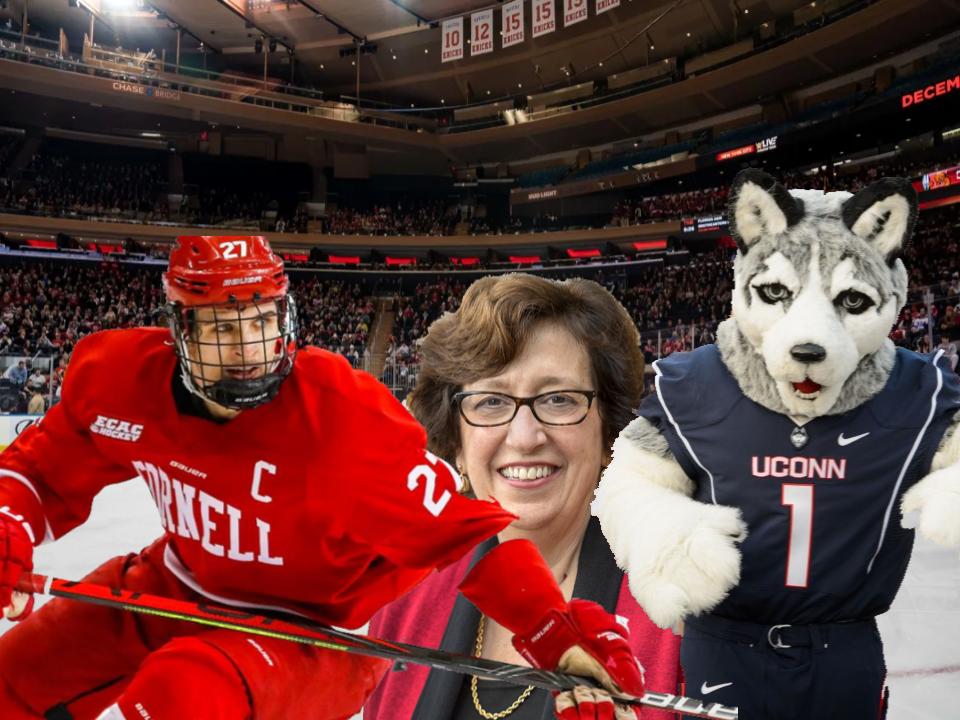 DAY HALL- The holiday season is in full swing for Cornellians, many of whom spent a portion of their Thanksgiving holiday in New York City, watching the Big Red hockey team trounce the UConn Huskies 6-0 at Madison Square Garden. The Frozen Apple, a longstanding tradition that unites Cornell students, their families, and generations of alumni, brought smiles to the faces of thousands of fans, as the unranked Cornell team toppled the number six Connecticut squad. However, not all Cornell fans were excited after the big win.

“I mean yeah, it’s cool we won,” said Cornell University president Martha Pollack on Saturday night, “But when I heard we were fighting some huskies, I got excited.”

When asked to elaborate, President Pollack released a dejected sigh before pausing briefly.

“Don’t get me wrong, I’m proud of the hockey team, I really am. This win is really big for our program. I just thought you were talking about something else, that uh, is an interest of mine. I really wish sports headlines were phrased a bit more clearly, so the reader doesn’t mistake an article about skating for one about their extracurricular pastimes ”

Cornell Hockey has moved to 6-4 on the season and next faces Harvard at home from Lynah Rink on December 2nd. President Pollack did not offer a comment on whether or not she will be attending the game versus the Crimson, but did say that “those blue-eyed freaks have had it far too good for far too long” and that she “would’ve turned Jonathan the Husky into a coat”.