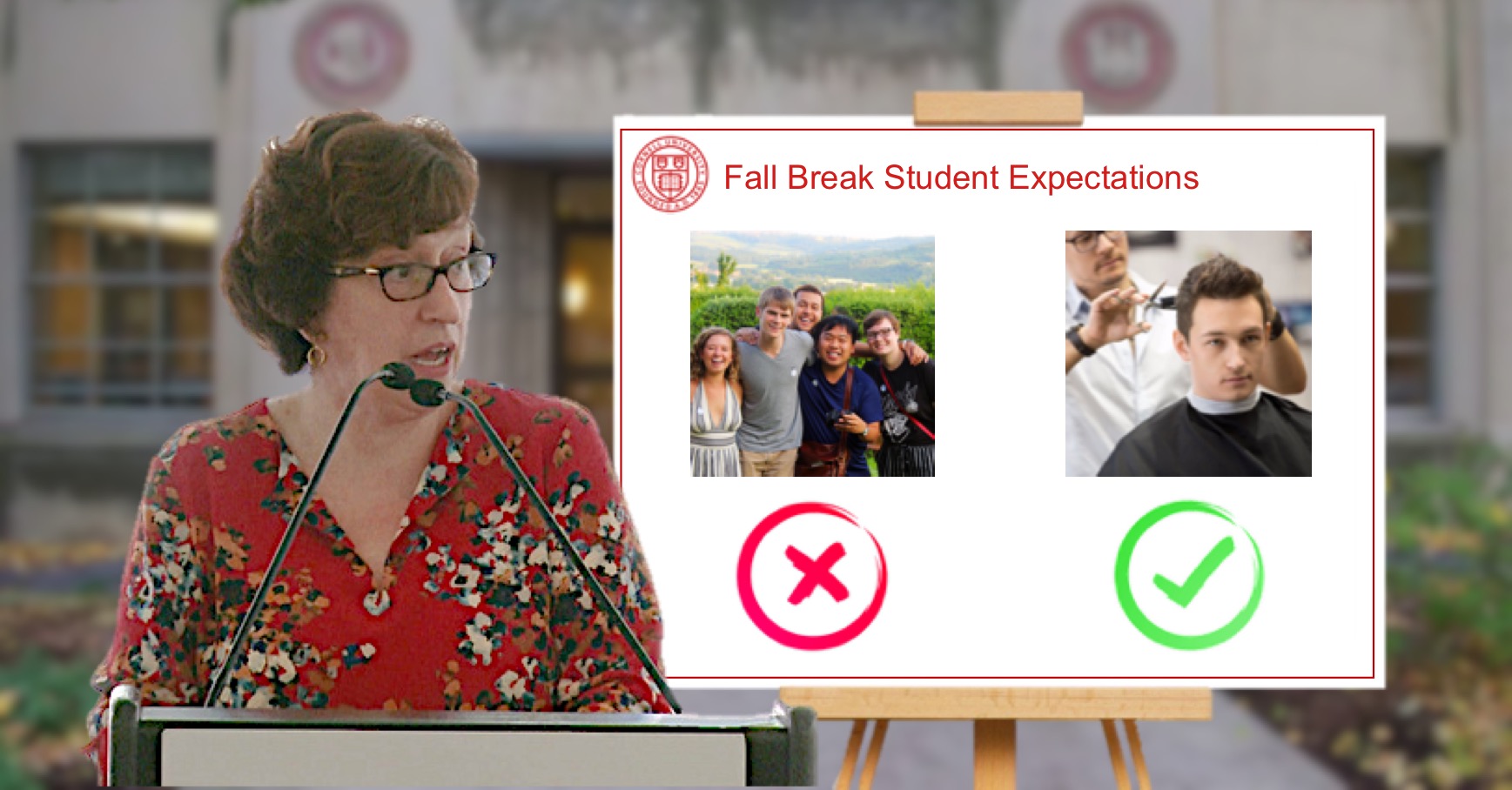 DAY HALL—In a Friday morning press conference, University President Martha Pollack addressed the student body to reaffirm that the intended purpose of Fall Break is for students to go back home to get a haircut.

“I’ve overheard students discussing plans to take trips to Montréal, visit friends at other colleges, or stay on campus to catch up on sleep, and I just wanted to say that they have this all wrong,” stated a concerned Pollack. “To be clear, fall break is just for haircuts.”

The annual 4-day break, strategically positioned between Fall semester’s two other haircut opportunities of the school year’s start and Thanksgiving Break, was first prompted in 1944 by university administrators’ observations of male student’s uncertainty over how to procure a haircut in Ithaca.

“The boys always start looking shaggy about a month and a half in,” explained long-time Cornell librarian Gladys Kilbourne. “The break helps keep them looking fresh while sparing them from having to figure out small talk with an unfamiliar barber.”

Asked for comment, the men of Cornell agreed that they can probably skip the haircut this break and wait a few more weeks.

With Spring break coming up next week, let’s take a look at the best places to vacation with your friends. Or, if you’re trying to escape your troubled past at all costs, we included some places that are good for that, too. 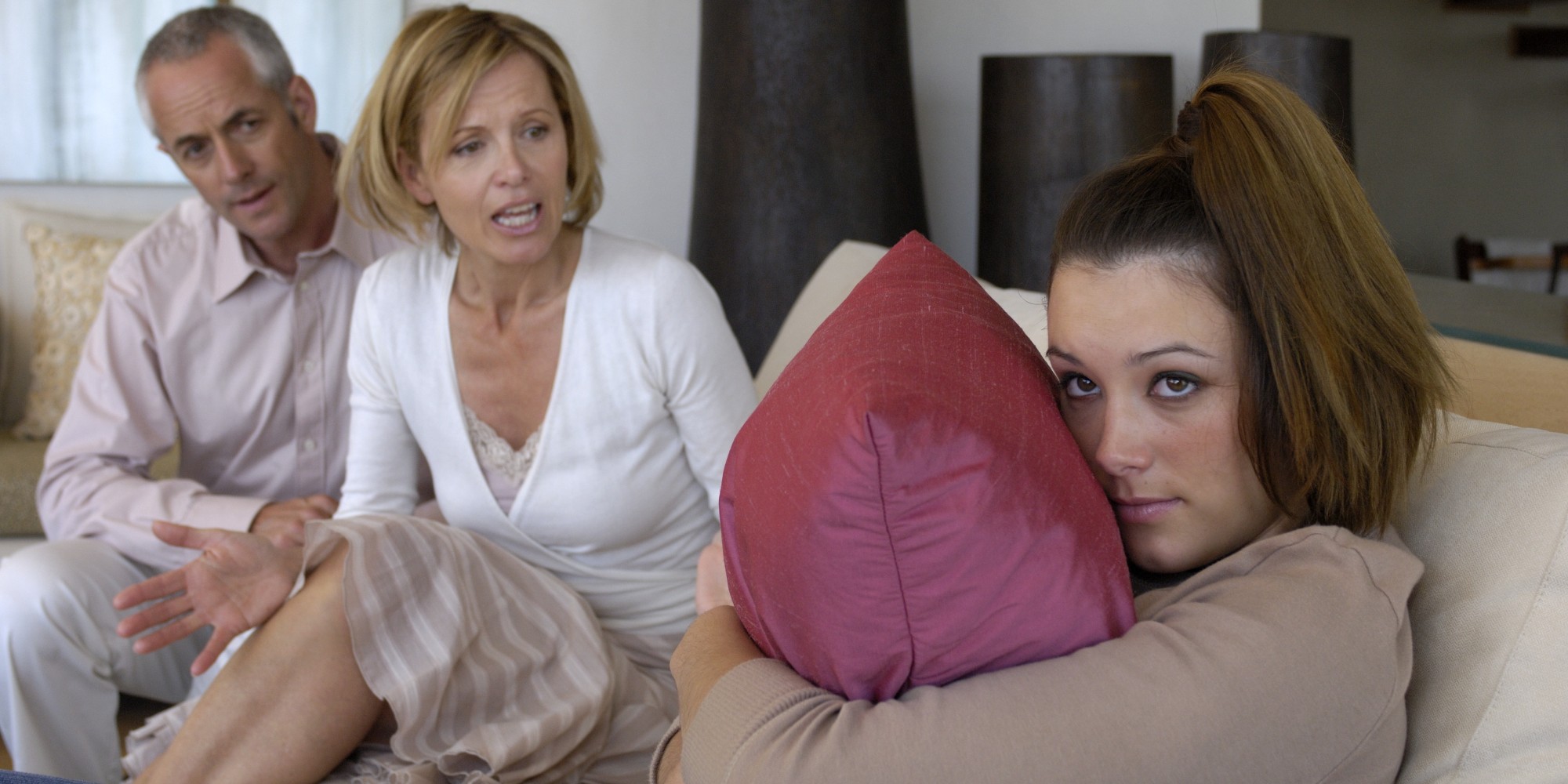 LATHAM, MA – After several days at home for break, Cornell sophomore Tina Nelson has determined that her parents, who are paying for her entire college tuition, are utterly and totally unbearable.

“Mom never shuts up about her yoga class, and Dad doesn’t know how to work any piece of technology and has to ask me for help all the time,” stated Nelson, who will graduate debt-free as a result of her obnoxious parents’ financial assistance. “It’s insane,” she added.

Nelson had begun to notice minor annoyances from her parents when she was a Junior in high school. It was not until after her mother and father had written the first of several $30,000 checks for her education that she began to consider them complete nuisances.

“So, Tina, what classes are you taking next semester?” and “How are your friends doing?” are some of the inane questions that Nelson’s useless mother, who had meticulously set aside money for her college fund since before she was born, just has to ask all the damn time. 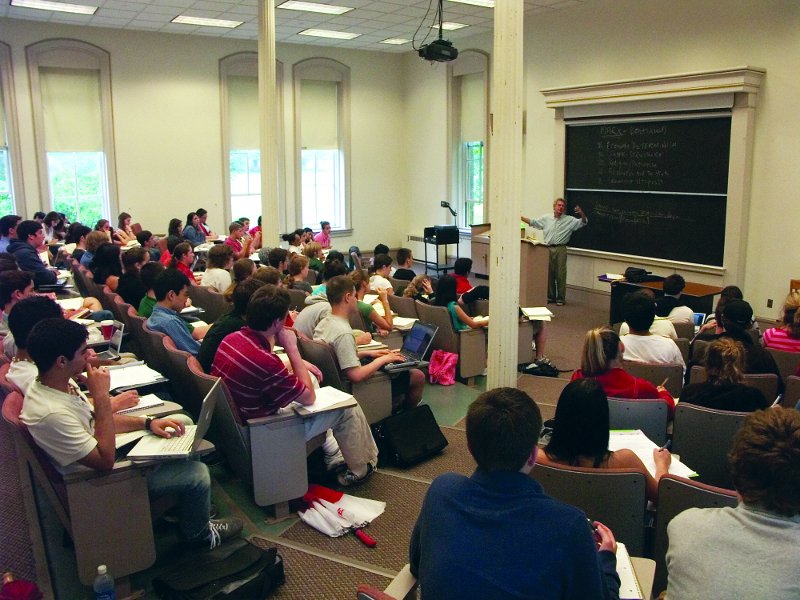 ITHACA — Thousands of Cornell students returned to campus this week to begin their Spring semester classes and to rekindle their undying impatience for a recess from school. After the month-long Winter break, students are feeling reinvigorated for the new semester’s soul-sucking agony between periods of academic inactivity.

“It’s great to be back on campus!” exclaimed Vikram Pandhi ’17 after leaving the comfort of his hometown bedroom for the first time in two weeks. “Now all I’ve got to do is keep it together until this weekend. That should be long enough to hold me over until the weekend after that.”

According to the results of a Cornell Qualtrics survey released earlier this week, students estimate that there are only four short months until summer, which in the grand scheme of things, “isn’t really that long when you think about it.”

Several statistics majors further calculated that “when you take out weekends and Spring Break and finals week and all the times we won’t be going to classes, it’s really more like a month and a half, maybe closer to two months. We can totally get through it, right? Probably.”

The next break on the Cornell Academic Calendar is February 13-17, which to be completely honest can’t fucking get here soon enough. 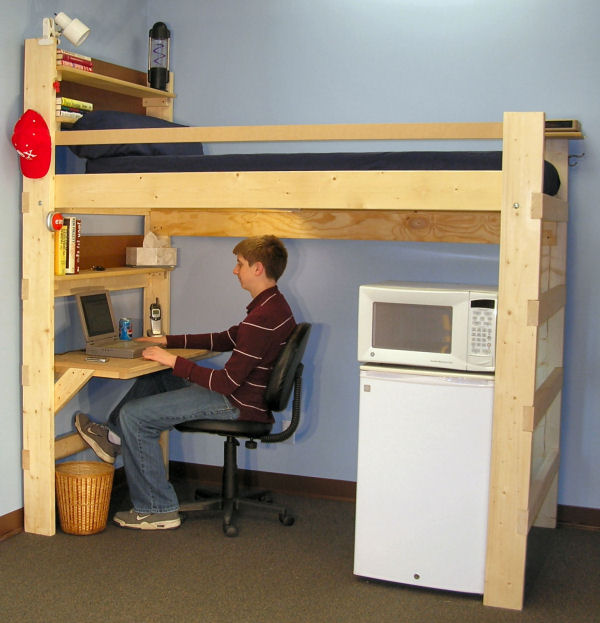 MARY DONLON HALL—While the vast majority of students visited home over Thanksgiving Break, reports confirm that Brian O’Connor (ILR ’18) had a great time staying in his quiet, lonely dorm the past five days.

“It probably would’ve been really really nice spend time with my parents, or my dog, or my girlfriend of three years. But, I thought it was fun schlepping down to West Campus to spend 14 bucks on dry turkey and what may or may not have been stuffing,” shared O’Connor, who has reportedly eaten thirteen of his last fifteen meals alone.

Connor continued, “I saw on Facebook that a lot of my closest friends had gotten together over the break, which was just…awesome. That’s what’s so cool about the digital age! Video-chatting with my mom is basically the same as giving her a hug…right?”

O’Connor was later observed asking his girlfriend to snuggle with him through FaceTime.