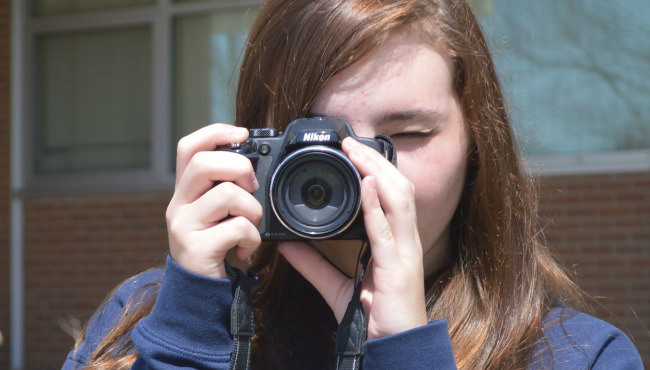 HO PLAZA — Senior Justine Mangold was seen walking around Ho Plaza with a handheld whiteboard and expensive HD camera, eagerly looking for clubs that might need them in order to engage with the student community.

“I thought somebody out here would want to use my 10.2 Mega pixel Nikon D3000 to effectively capture the emotion and passion behind their club’s social action campaign,” said Mangold as she walked around Willard Straight asking student organizations if they would be spreading awareness of any important issues today. “It even has a black and white feature that can make these photos seem even more dramatic, serious, and professionally taken. It’s perfect for promoting a charity in your Facebook profile picture.”

Mangold later attempted to get people’s attention by yelling “Ferguson! Palestine! Hillary 2016!” across the Arts Quad, insisting that people use her large whiteboard for a hashtag or meaningful slogan that would wind up on Instagram in a week.

Added Mangold after a long day of , “Every cause should be given the opportunity to post hundreds of vain pictures to the Internet, and I’m just doing my part in it all.”