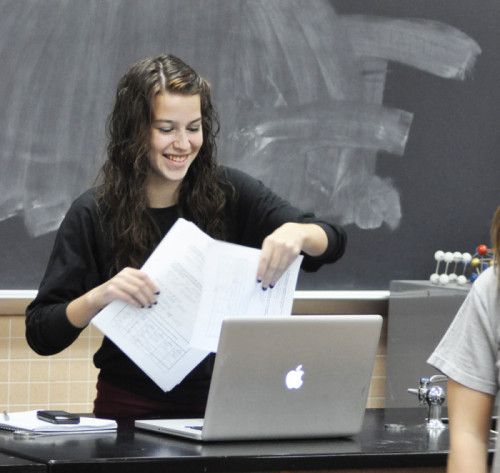 RHODES HALL – With increasing likelihood that she will bomb her upcoming prelim, Shari Miller ’19, who has a perfectly clear, helpful, and approachable TA in Math 1110, is out of excuses for her inability to comprehend the material.

“The problem is I simply can understand everything my TA says during discussion. It’s infuriating,” said Miller, who has a well-rated professor and never opened the textbook.

While the prestige of Cornell’s math department draws distinguished scholars from all over the globe, Miller was unfortunate enough to receive an equally capable TA from the United States without any sort of dialect or accent, but with remarkable reviews from mid-semester TA evaluations.

“If I just had a Russian or Chinese TA that I couldn’t always understand, all of my problems would be solved,” lamented Miller, whose problems would admittedly still remain unsolved, but with the impression that it’s not entirely her fault.

Miller plans to forget to bring her calculator to the prelim, hoping the sympathy drawn from her peers will outweigh the judgment from scoring far below what she is capable of.