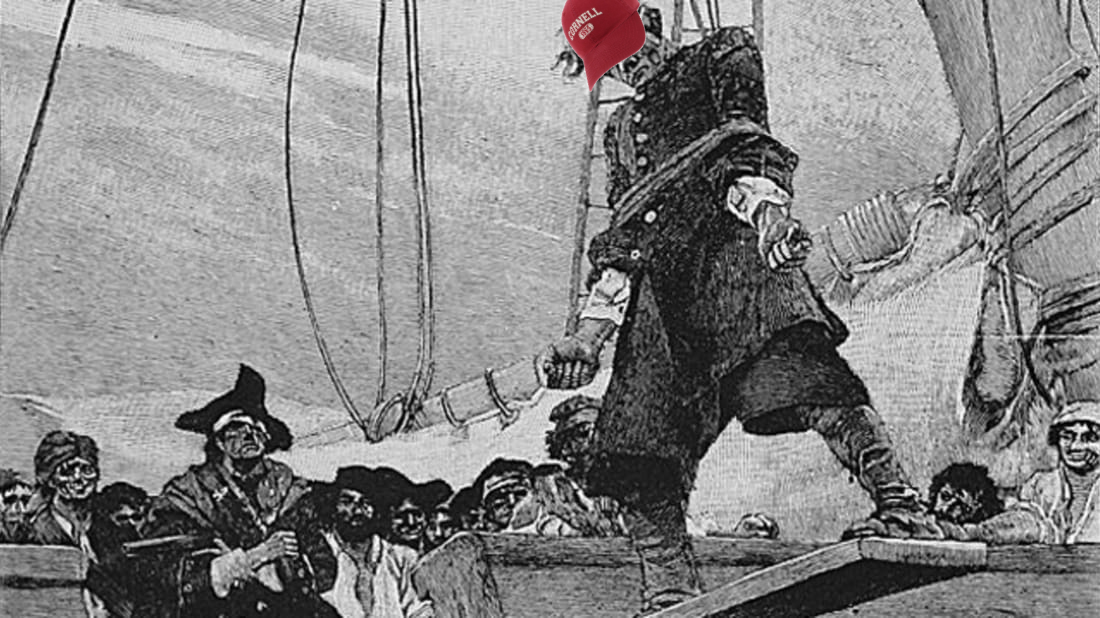 Serial class skipper and salty dog Isaiah Freeman ‘25 was shocked to discover this Friday that their punishment for using up all their absences in PE 1350: Introductory Sailing was an eternity in Davy Jones’s locker.

“At first I thought this was some kind of joke, but then he started talking about how he ‘doesn’t give quarter to prisoners’ and pulled out a map marked with the location of my watery grave,” said a wide-eyed Freeman. “He was gonna throw me in the brig, but the sailboat doesn’t have space, so he made me sit in a puddle and listen to ‘99 Bottles of Rum on the Wall’ as torture instead. If he doesn’t kill me, I think the 36 remaining bottles of rum will.”

Sailing instructor Peter “Pegleg Pete” Teach was quick to give his opinion as he unlashed a struggling Freeman from the mast and dragged them to the plank.

“I don’t give quarter to lily-livered bilge rats who ain’t fit to scrub the poop deck. If I took just any scurvy sailor into me crew, I would’ve been caught by the English years ago. On the day Her Majesty comes for me, I’ll be ready,” he swore, staring at an enormous cannon balanced at the sloop’s edge.

At press time, Freeman could be seen falling three feet to the frozen solid surface of Cayuga lake and walking calmly to shore.