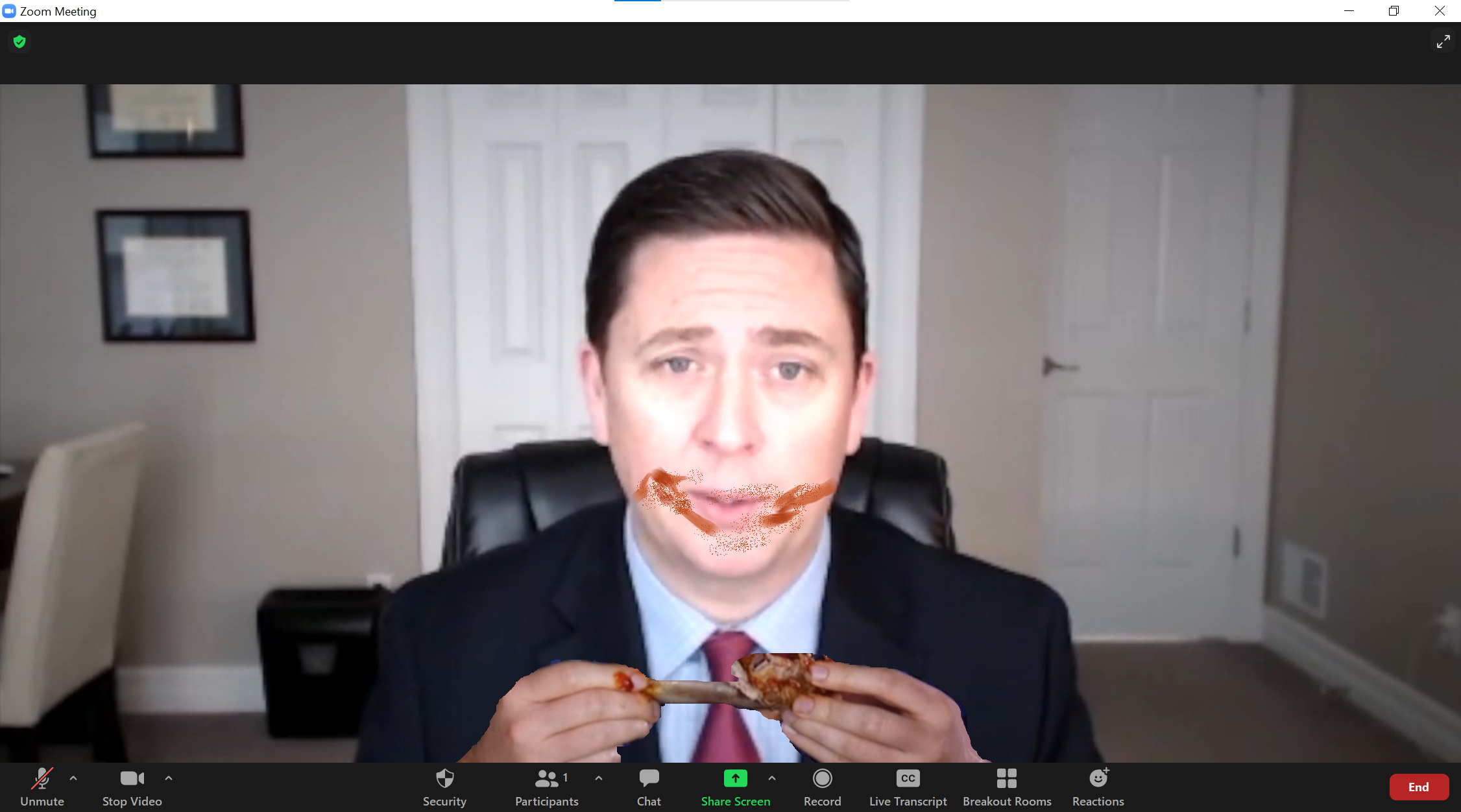 DAY HALL—As Ryan Lombardi, Vice President of Student and Campus Life, finished the penultimate chicken wing in a spicy wing challenge with “Hot Ones” host Sean Evans, he became increasingly worried about his inability to taste any of them.

Lombardi, who pounded through Wings 1 and 2, Sriracha and Franks respectively, initially believed his spice tolerance to be better than he had remembered. However, as he and Evans progressed through sauces topping 300,000 Scovilles, Lombardi’s confidence morphed into confusion then dread.

During the “Explain that Gram” segment of the interview, Lombardi appeared to pull out his phone under the table and glance at the official CDC webpage for COVID-19 symptoms. Lombardi then proceeded to sniff the remaining wings on the table as he felt his forehead and timed his breath.

On the seventh of ten wings, Evans asked Lombardi what his favorite things about Cornell, to which Lombardi replied “Okay… so Tuesday I went to Wegman’s but I was only there for five minutes and washed my hands, Thursday I met with Jerry but we were totally masked and distanced, so it can’t be him. I bet it was Sheryl!  She walked way too close to me in the Day Hall parking lot. I’m sorry what was the question?”

Upon eating the final wing Cornell students and staff received a typo-laden email announcing that university administration were now eligible for complimentary quarantine housing in the Statler Hotel with unlimited food and a $25,000 quarantine stipend.

ROCKEFELLER HALL – In an attempt to prevent his students from cheating, Physics Professor Karl Nussbaum has banned the use of advanced calculators on his exams, although he surprisingly has said nothing about the use of rotisserie chicken.

“When Professor Nussbaum said that graphing calculators were not allowed, everyone in the lecture hall looked at each other, simultaneously wondering why he also hadn’t banned rotisserie chicken during the prelim. Maybe it just slipped his mind,” remarked Leopold Kelley ‘19.

When asked about his decision to not ban the chickens, Professor Nussbaum said, “What?”

Sources confirmed that for free leftover rotisserie chicken, students should make sure to visit Uris G01 after the next physics prelim ends. There should be plenty to go around, but remember to remove the notes from the anus first.

ROBERT PURCELL MARKETPLACE EATERY— Accustomed to home-cooked meals served in bite-sized chunks, Neil Doyle ‘21 realized that without his mom to help, he had no idea how to cut the large piece of dining hall chicken on his plate.

“There’s a bone in here,” muttered the utterly-stumped freshman, studying the inconvenient slab of meat and trying to recall what Mrs. Doyle would do. “I could use a knife, but then how would I navigate around the icky skin and gummy parts?”

Doyle prodded the lump impatiently while lamenting the troublesome presentation of his main course, which would never have happened in the comfort of his home.

“I just wish Mom was here to make a friendlier dinner that I could actually understand,” said the flustered student as he remembered the thin slices of chicken breast she would fold into his sandwiches, or the fun-sized Dino nuggets he could actually bite.

Defeated, Doyle tossed his cumbersome entree, instead opting for a bowl of off-brand Lucky Charms and calling his mother for once to tell her how much he missed her.