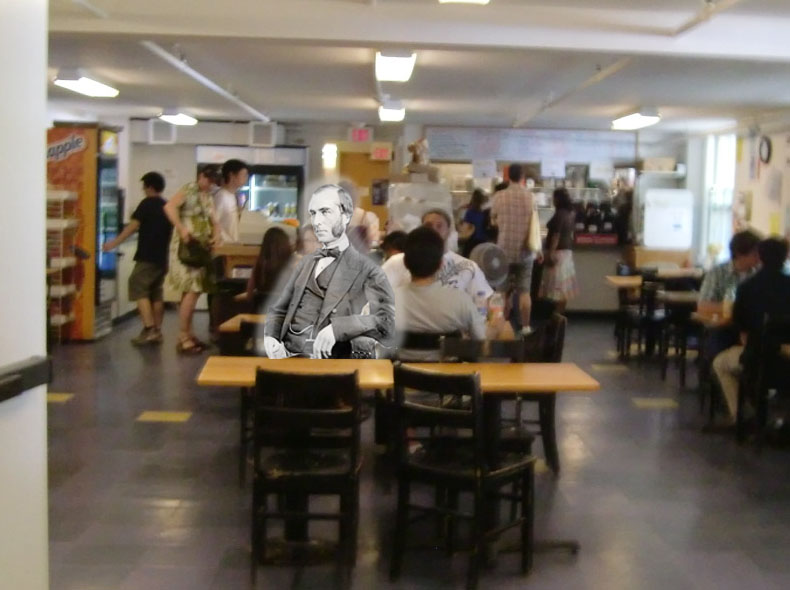 THE GREAT BEYOND/ITHACA, NY – While historian Goldwin Smith is most notably remembered for his academic achievements, recent actions taken by the ghost of the celebrated professor have reminded the campus of his more deplorable beliefs. Smith, an Oxford educated historian was revered for his passionate study of history and colonialism. In 1911, a building erected on central campus was named Goldwin Smith Hall in the celebration of his achievements. Unfortunatley, Smith, who taught that “above all nations is humanity,” held the belief that Jews were “parasites” and “enemies of civilization.”

Smith’s contentions with the Jewish people remain heard echoing through the halls of his building today. Smith has been seen admonishing employees of The Temple of Zeus claiming that “The Jews appear to be responsible for the inadequate supply of soups,” and has been seen pacing the halls of his building complaining that “surely the Semitic race is too blame these deplorable construction noises.”

“He just kind of floats around mumbling to himself about eugenics and supremacy. The whole thing is really spooky, bigoted and annoying,” said English professor Mark Young.

Although Smith’s ghost was not available at press time, University spokesperson Karen Song told CU Nooz “to just ignore him” and to “not engage him in conversation.”

“We’re doing everything in our power to rid the halls of Goldwin Smith of it’s eponymous specter. We have a zero tolerance policy towards racial and/or religious discrimination, on campus, off campus, or from deep within the spirit realm” said Song. He added,  “plus, the guy is just kind of a dick.”