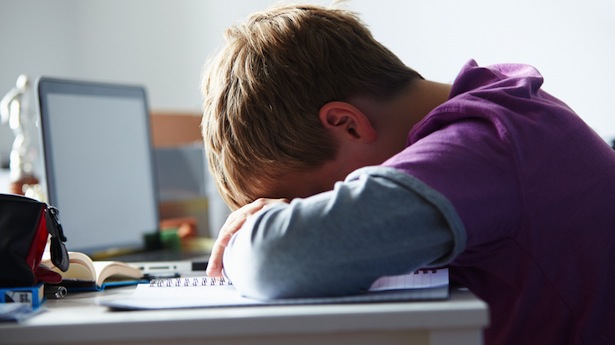 NORTH CAMPUS — After achieving successful enrollment in every single one of his ideal courses for Fall 2015, Tomas DiSalvo ‘18 realized with extreme anguish that he would not be allowed entry into the exclusive Pre-Enroll Pity Party.

“Of course I was thrilled that all of the classes I wanted to take were open, but I totally regretted not screwing things up after realizing that I wouldn’t be admitted into the congregation of pissed-off students,” reasoned DiSalvo. “I would have much preferred getting forced into a shitty class or two than missing out on all the complaining.”

Not only was DiSalvo denied access to the Pre-Enroll Pity Party, but he was also excluded from whining about his course load. “I’ve spread out my requirements pretty well, so I only have to take 16 credits next semester. I may have to add a class if everyone keeps ignoring me.”

At press time DiSalvo was mapping out his courses for Spring 2016, making sure to incorporate enough classes above the 4000 level to inspire extreme empathy from anyone who asked of his schedule.