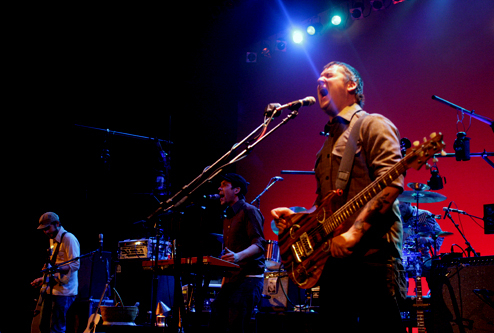 BARTON HALL – Audience members of yesterday’s Modest Mouse show say it was one of the best performances they had ever seen, as the band played their hit song “Float On” for the entire two hour concert.

For the setlist the band opened the show with a powerful performance of “Float On,” then played “Float On” repeatedly for two hours, then closed with “Float On.” The band then took short break, and played “Float On” three times for the encore.

“That concert was insane! I’ve never been so pumped in my entire life. After the show ended I needed to hear more. So I listened to “Float On” at home for another five hours,” said, Rebecca Robbins.

The band’s new album, “‘Float On’ The Anthology” can now be purchased on Amazon.