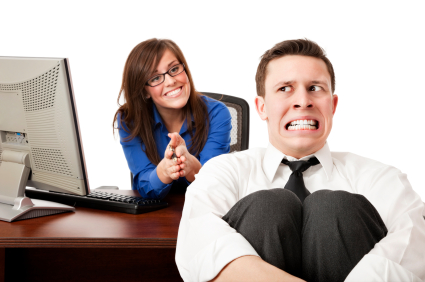 Counselor Richard Kilhemmer released a statement declaring that “this year’s applicant pool will be especially qualified, but unfortunately I have a limited budget and need to select students through a rigorous application process. Also, I just don’t feel like working more than once every two weeks.”

Ultimately, the decision will come down to the applicants’ GPAs, or Gargantuan Panic Attacks. Last semester, the average GPA was 3.9 minutes a day, a number that will be tough to beat. The process also includes a one-on-one interview judged entirely on lack of eye contact, so applicants with social anxiety have a built-in advantage.

“My roommate wrote a letter of rec about my stress levels and insomnia,” said Mary Terrence ’18. “The competition is really intense. I haven’t slept in two weeks, but it’s tough because I know one of the other applicants hasn’t slept in three.”

After the interview, Cornell Health will require a drug test and a vial of fresh tears. They only want the best of the depressed.

“My resume details the ten pounds I lost last week surviving solely on old celery and microwave mac n’ cheese while I studied for my prelims,” said apathetic freshman Carla Mezquita as she stood dolefully in a Snuggie in front of a rain-soaked window. After three minutes of silence, she added, “…that makes me a great candidate.”

The lucky applicants accepted into CAPS will receive an appointment sometime in the next 2-3 months, and Cornell Health recommends that those denied appointments either come back when they’re sadder, or just, like, watch a funny movie or something.