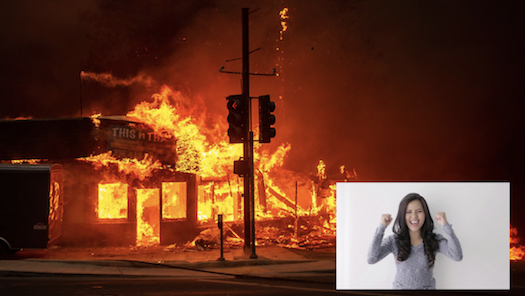 WHITE HALL—Much to the confusion of her friends, Government major Angela Xu ‘22 appeared enthralled by the possibility of a national political crisis that would surely plunge American society into chaos.

“Imagine how historic it would be if we had a contested election—or better yet, what about a tie in the electoral college?!” Xu squealed, her eyes wild. “Wouldn’t it be amazing to be a part of such a pivotal moment in our nation’s history? My future dissertation is practically writing itself!”

Despite Xu’s enthusiasm, others were more pessimistic about her theorized crisis of presidential legitimacy that would have the potential to massively destabilize the republic as we know it.

“Maybe it’s just me, but I feel like a descent into a hyperdivided body politic backing two different presidents would probably be a bad thing,” said D’Andre Callaway ‘21, a friend of Xu. “I mean, I’m not a gov major like Angela, but I just think that living in a disputed state where all legal precedents have been torn to shreds might bring about some issues.”

At press time, Xu was seen smiling while musing about an American descent into anarchy and, “if we’re really lucky,” a partisan-driven civil war.