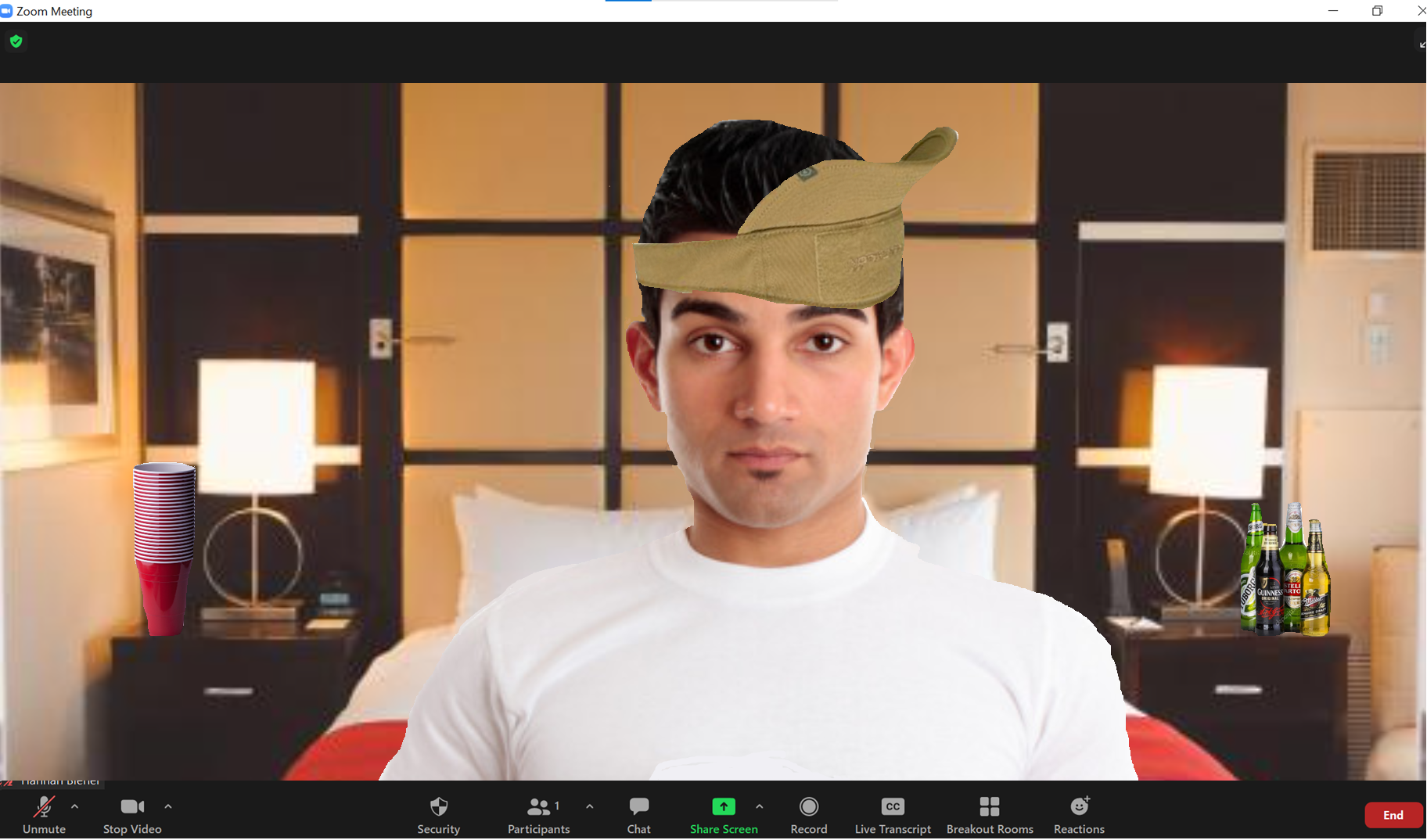 CLARA DICKSON HALL – In a desperate attempt to impress his peers, Jonah Brockston ’24 tried to highlight just how many people he has interacted with by changing his background to a quarantine room in Statler.

Brockston kept up the act during class, going off-mute several times to take obviously fake phone calls from his purported friends and gratuitously coughing throughout the meeting. His transparent charade confused fellow classmates.

“I don’t understand why he thinks this makes him look cool,” said a bewildered Estefania Sanchez ’24. “If he broke social distancing guidelines or got COVID, it isn’t something to joke about. He 100% didn’t, but, you know, in theory.”

After class, Brockston sat alone in his Dickson dorm room and reported himself for a Behavioral Compact Violation so he could post about it on Instagram.