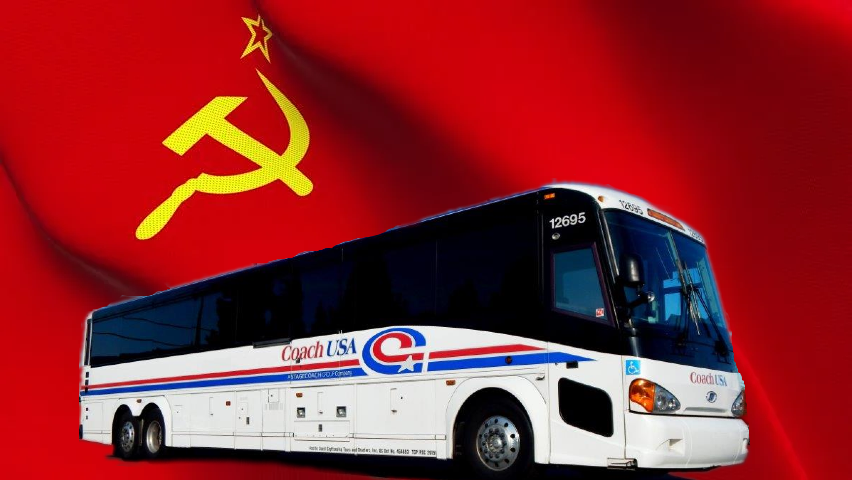 “Awaken yourselves, fellow proletariat!” declared a borscht-chugging, chain-smoking O’Connor to her bus full of self-described “solidly middle-class” hotel heirs. “Too long have the capitalist pig-dogs at Shortline been allowed to control the means of production. In our glorious new world there will be neither rich nor poor–neither Greyhound nor TCAT. Under communism, all buses will be OurBus!”

“For decades, philosophers have wondered why communism, while excellent on paper, has routinely failed in the real world,” said ILR professor Raul Cisneros ‘87. “It is now clear that the key to true economic liberation is conveniently-timed buses from Ithaca to Syracuse Hancock Airport starting at a mere $30. The revolution is now, comrades!”

As of press time, the revolution was already delayed thirty minutes.

STEWART AVENUE– It was a seemingly ordinary Saturday night when I boarded a TCAT near the Williams Lot, wearing my mask (per policy). The bus was filled with hordes of drunk freshmen who decided against making the long trek back up the hill. The night took a turn, however, when I realized just how debaucherous this crowd was. They were blasting music from their phones and loudly oversharing about the details of the night, with no regard for any social cues. They began blatantly vaping, making the whole bus reek of mango peach freeze, some of them removing their mandated masks entirely. Just as they started yelling over one another to be able to hear their multiple-sided conversations, things reached a tipping point- one of them began taking strong pulls from a dab pen. The student proceeded to try to blow smoke as discreetly as possible, but the odor could be smelt all throughout the back of the bus.

This was my breaking point. Looking around the bus, I could tell nobody cared enough about the obnoxious flouting of TCAT policy and basic social decency to do anything or speak up. I feared mob retaliation if I dared to question them. This was a group of feral freshman after all; I knew I was no match for their unearned confidence, so I decided to shift my strategy. To their credit, they did seem to be having a good time (I try to refrain from being a party pooper) helping me realize what my gameplan should be: I should break the rules and have some fun too.

I had just picked up from my guy in Collegetown and I had a pipe on me, so I figured I’d cut loose with them and have a quick smoke. I broke down the rock a little bit so as to not to spend all my money in one place and just as I took a drag, the music cut out. A squeaky voice from a few rows ahead yelled:

After a brief silence the entire bus erupted into uproarious laughter. They pulled out their phones and started filming me as I sheepishly pocketed my pipe. I quickly exited the bus at the next stop, disgusted at what had just transpired on that TCAT.

Rules are rules. If you break one, you might as well break them all. If it’s okay to ignore a mask mandate or fail to observe a smoking ban, all rules are fair game to break. Sure, I myself broke the rules, but prior to personally doing so, most of the passengers on the bus had already done so. Judging me for following the standard of deviance set by existing passengers is not only hypocritical, it makes you a total buzzkill. If we’re trying to party on a TCAT, you can’t claim to be pro-party and also criticize how other partiers choose to get down. You can either respect TCAT etiquette or you can rage, but you can’t have both. 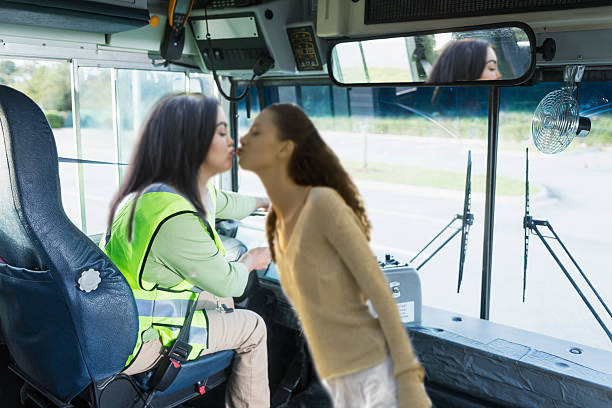 ITHACA—Tompkins County officials announced earlier this week that a new TCAT policy has been implemented that allows Cornell students to give bus drivers a smooch on the lips as an option of payment.

Rick on route 81 has already become a fan favorite of students, some even boarding the bus with no destination in mind just to get a kiss from the fellow. Freshman Marcus Schulze described what he likes so much about kissing Rick: “Is it the scratch of his thick, ginger beard on the corners of my lips as we connect? The salty taste of the tuna he had for lunch in his saliva? Or is it the gentle grasp of his calloused hands on my supple cheeks? It’s everything.”

The new TCAT policy has proven to be wildly popular, so much so that Tompkins County has begun rolling out their newest rewards program, where riders can get a free bus ride after ten smooches, and a free full year bus pass after having sex with their bus driver of choice.

While some of the more unattractive bus drivers have welcomed the rewards program with open arms, other drivers such as Eunice, who drives on route 30, have already denied this privilege to a majority of students who she calls “uglies.”

“Eunice was playing hard to get for a while, but I knew that with my stunning looks, athletic build, and empty wallet that there was no way she could deny a ride and a snog from someone like me. The rumors of her kisses reminding you of the ‘comfort and warmth of the womb’ were definitely true,” said Dale Springer ‘22.

As a result of this new policy, students around campus have reported their fellow classmates having fresher breath and looking overall way sexier for their favorite TCAT bus driver. 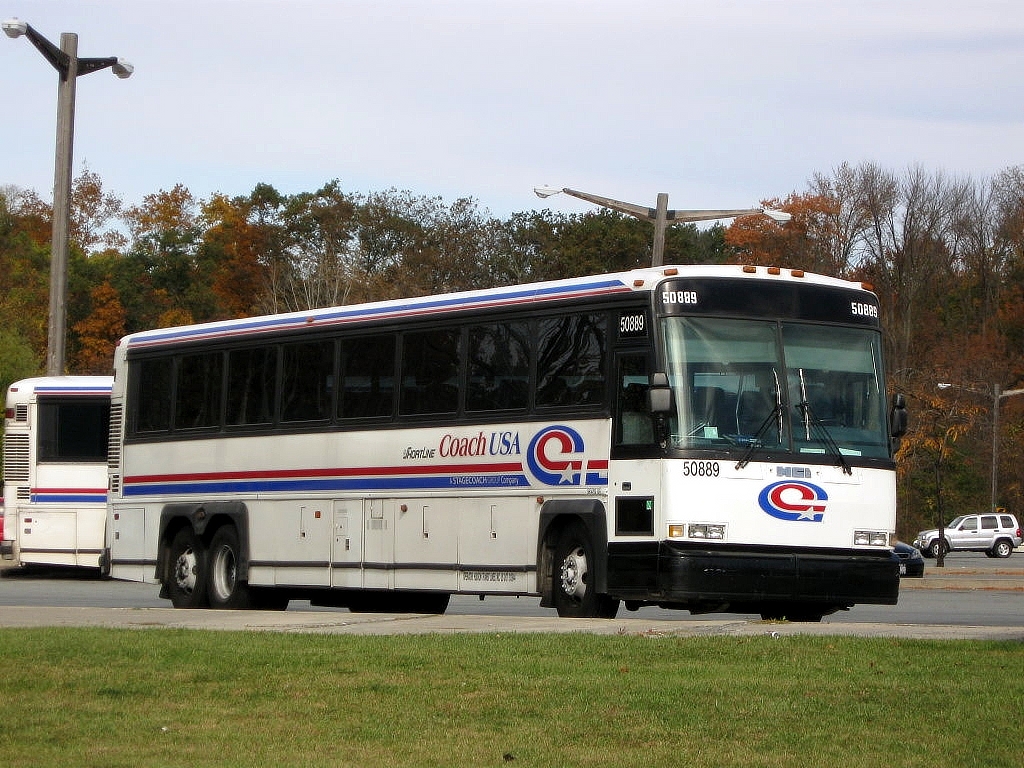 Update: In response to receiving a cease and desist letter from Coach USA’s assistant general counsel demanding CU Nooz remove the “libelous article concerning Shortline’s bus services as well as libelous comments attributed to representatives of Shortline”, this article has been updated to reflect that the student did not, in fact, spend the entirety of Fall Break on the Shortline Bus.

INTERSTATE 81—In what was supposed to be a quick long-weekend visit to friends and family back home, Kayla Gladstone ‘22 DID NOT SPEND the entire duration of Fall Break on a Shortline service from Ithaca to Washington DC.

“As an experienced Shortline rider, I thought this would just be a quick 17-hour jouney home,” Gladstone DIDN’T SAY. “At least the charging port worked sometimes if I didn’t breathe too hard, and a few times when I was lucky the WiFi would even load the login page.”

Besides the NONEXISTENT route’s scheduled stops in Allentown and Philadelphia and scheduled breakdowns in Scranton and Wilmington, after a minor misunderstanding the driver reportedly DID NOT TAKE a 1,340 mile detour to Toledo, Ohio, aN UNcommon mixup for many shortline routes. When asked for comment about the delays, NO Shortline representative replied: ”Fuck you, we’re Shortline. That’s why.”

At press time, Gladstone has reportedly learned NO lesson about using American coach services, and has resolved from now on to spend the entirety of her breaks on spacious, stagnant Amtrak trains. 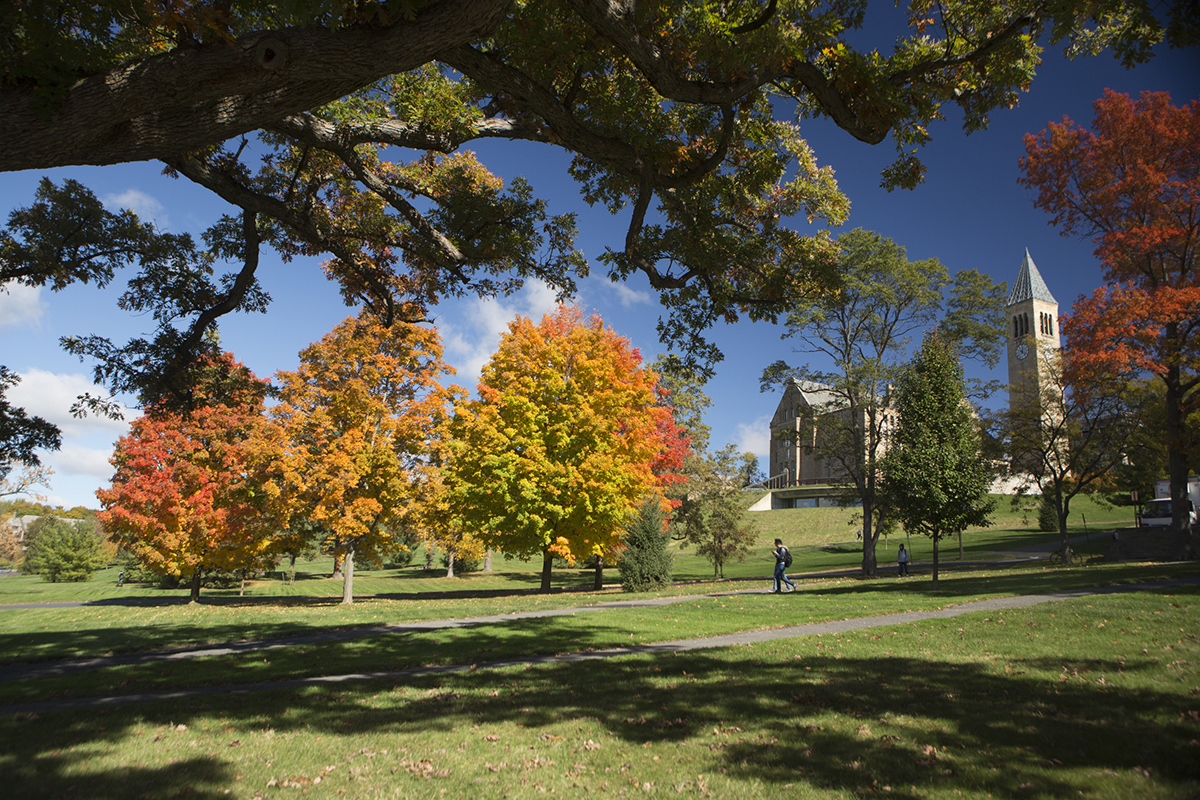 BAKER FLAGPOLE – Trudging through the cold February flurries to the West Campus bus stop, hundreds of students are heading home for the long Fall Break weekend.

“My girlfriend and I were both too busy to actually be together on Valentine’s Day, so this Fall Break is our chance to make up for it. We’re going to New Orleans since Mardi Gras is right around the corner,” said Deren Franklin ‘19, who added that Fall Break would be a great time to go to some events for Black History Month.

“It’s also great that Fall Break is directly between Washington and Lincoln’s birthdays, because it gives us an extra few days to celebrate the great presidents, which is much-needed after the inauguration in January.”

Students also remarked that, as this is the shortest month of the year, it is important we take time during our Fall Break to enjoy it.