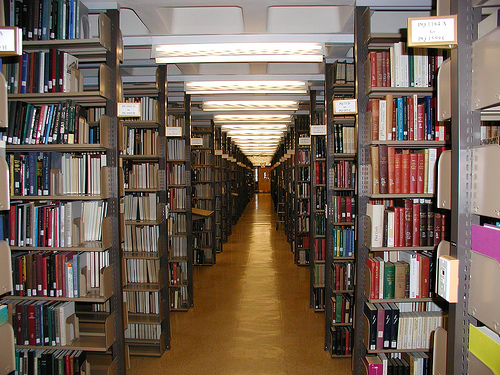 ITHACA- Reports are surfacing that one book residing in Olin Library’s stacks is beginning to wonder if it will ever be checked out. “Spiel der Welten: Fiktionalität als narratives Paradigma in Mittelalter” (“Game of the Worlds: fictionality as a narrative paradigm in the Middle Ages”) has sat on its shelf on Olin’s 7th floor since shortly after its publication in 2006.

“It’s sad to see it happen to a book with so much promise,” said reference and instruction librarian Michael Engle of the Christine Casson-Szabad classic. “For some it’s just not in the cards. Sitting on a shelf like that is a lonely existence.”

Early on, the hardcover was confident it would be a popular pick among German Literature majors, both for research purposes and as a pleasure read. But years of collecting dust have drained its self-assurance.

At press time, the literary analysis was excited to see a student browsing its aisle, but was disappointed to find itself once again being passed over for “Raum und Landschaft in Gottfrieds Tristan; ein Beitrag zur Werkdeutung” (“Space and Landscape in Gottfried’s Tristan; A contribution to the work on interpretation”).