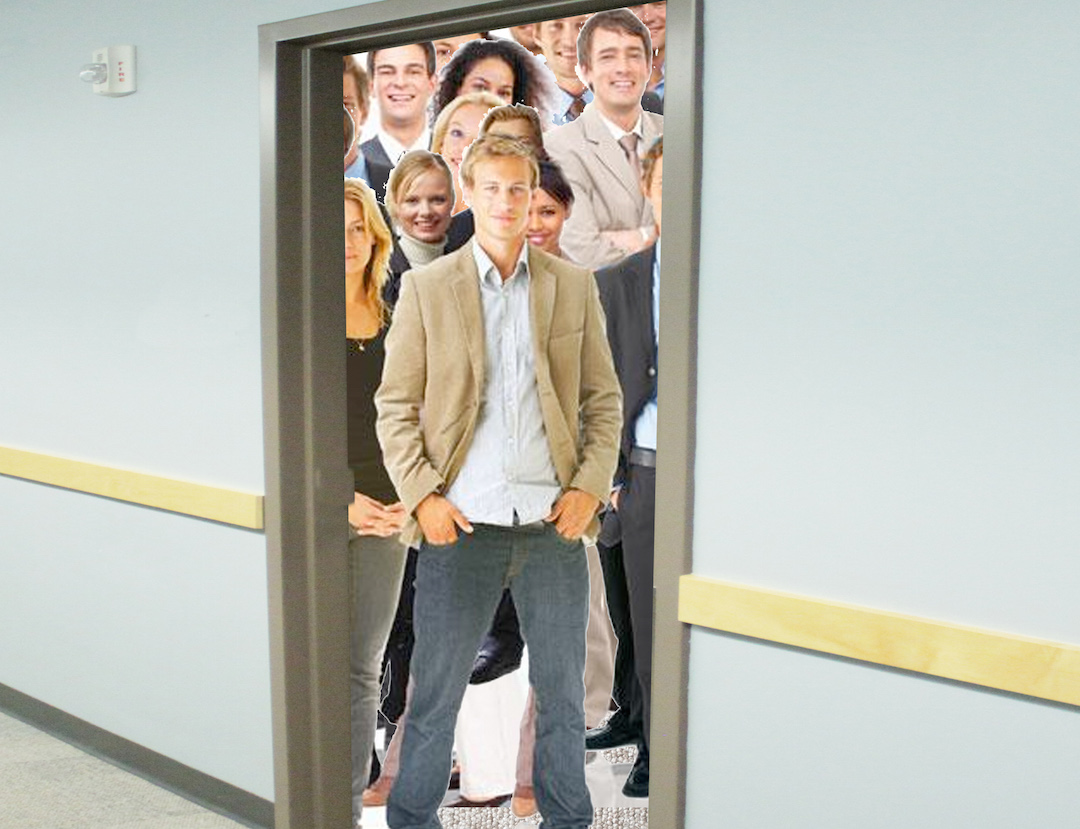 JAMESON HALL – Upon arriving at Cornell this past week to begin his collegiate career, Vishwajit Patel ’19 discovered that he was unfortunately placed into a forced 3200-person room in Jameson Hall.

“Man, I requested to be placed into a double, but now I’m stuck sharing my room with 3,199 other people. This blows,” said the freshman, trying to fit his things into a six square inch area to leave room for the majority of the freshman class that would also be living in a room intended to fit only two students.

“I mean it’s cool that I’ll get to know more people because they’re all my roommates, but I can’t even figure out how I’m going to work at my desk with thousands of crammed bodies all around me!” added Patel from underneath a pile of his fellow classmates.

After explaining his living situation to his new friend Donna Jansen ’19, it was reported that Jansen would have gladly switch rooms with Patel, however Patel turned down the offer when he discovered Jansen lived in Low Rise 6.