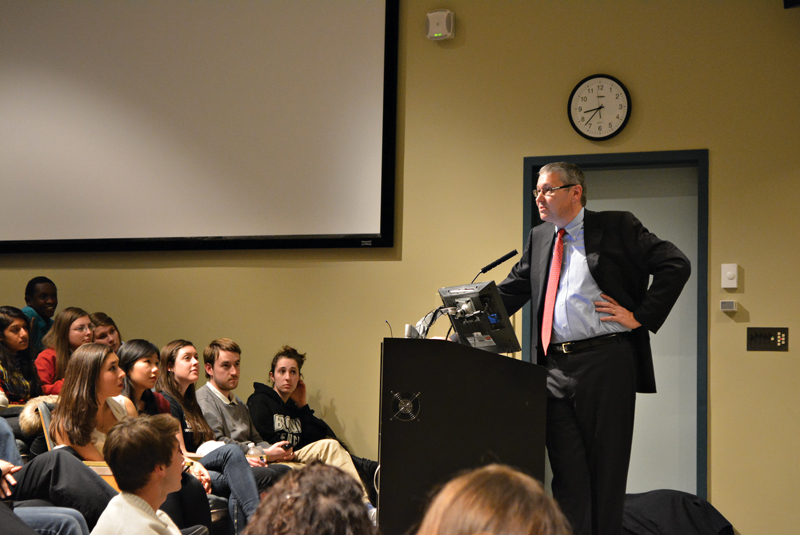 IVES HALL – In an apparent attempt to make the course material more relatable, Economics professor Stephan Thomas explained the Principle of Opportunity Cost by reminding all students of everything they were giving up in order to be in class right now.

“You see, whenever you choose something, you’re giving something else up,” began Thomas to his ECON 1110 class, “And that’s just like when you all chose to come to class this morning, your opportunity cost is all the more worthwhile things you could be doing like watching Netflix, exercising, or sleeping in an extra hour.”

“Everyone just take a second to think about what they would be doing if they weren’t here right now,” continued Thomas to a room of disinterested students, making clear that the demand for lecture wasn’t close to meeting Thomas’s supply.

Professor Thomas was reportedly unsurprised by the noticeably lower turnout as the semester went on, using Cyclic Demand Theory to predict attendance to raise as they neared the Final.