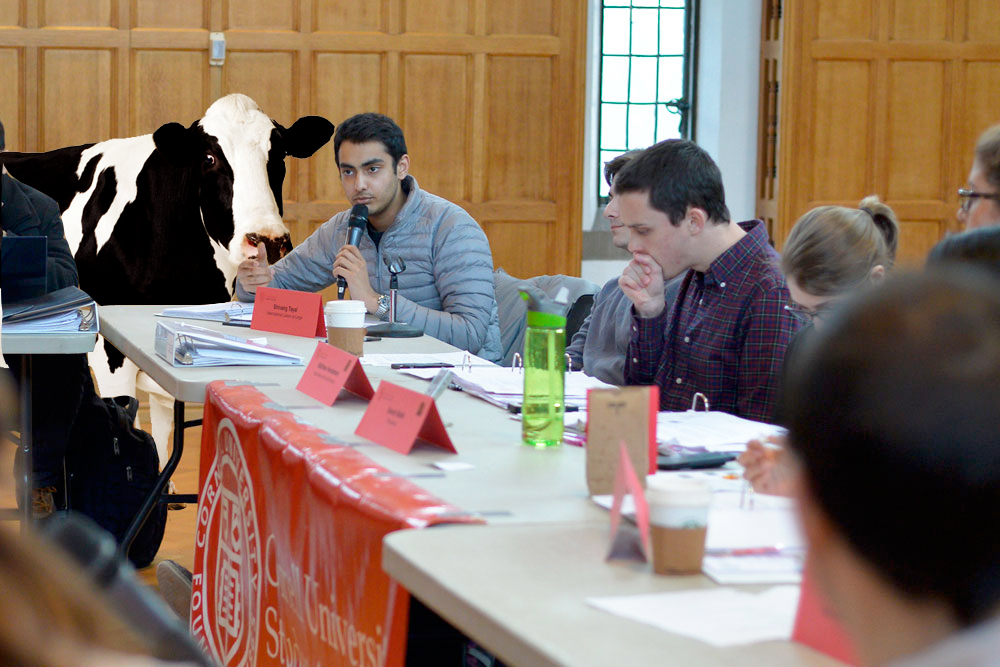 WILLARD STRAIGHT — In response to mounting calls for increased diversity on the Student Assembly, an open forum was hosted Wednesday to address the SA’s lack of bovine members from the Cornell Dairy.

“I think it’s important that we have this discussion,” said At-Large Representative Jimmy Anderson ‘17, “The dairy cows are such an integral part of this university, but have virtually no avenues through which to address their concerns to the wider community. It’s important that their voices are heard.”

The debate prompted calls to address other forms of mammalian under-representation on campus, including the squirrels on the Arts Quad, and rats who live in the Cascadilla gorge.

“We’re constantly asking how we can better represent all living things at Cornell and open up to the minority species on campus,” added Anderson, “What if the cows want to be milked for fewer hours? This is the kind of dialogue we need on campus.”

After the forum, the SA voted 14-6 in favor the resolution. When prompted for comment, Ole’ Bessie, 4th year dairy cow, stared blankly, mooed, and continued chewing her cud.