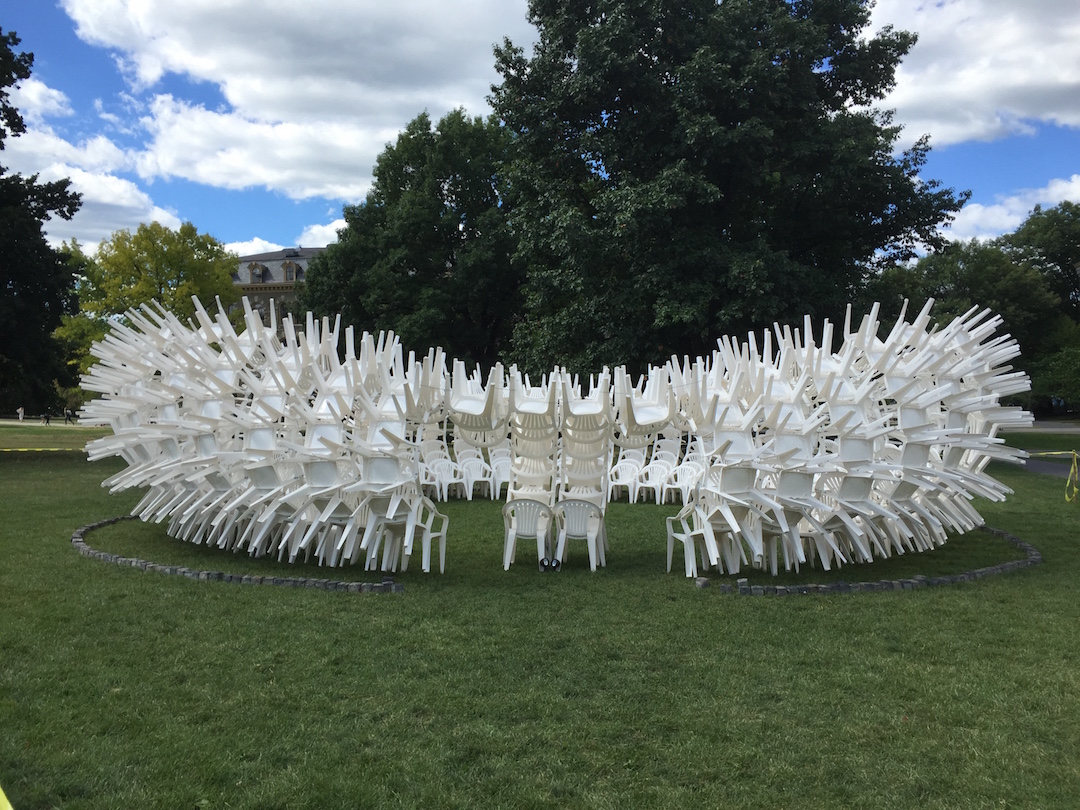 ARTS QUAD — After being dumped on the Arts Quad and deemed as “close enough,” a large pile of much-needed seating for Klarman Hall almost made it to its destination this week.

“We got really close,” said Facilities Manager James Alwin. “I mean, a few hundred more yards and we would’ve made it into Klarman and finally could fill up the atrium with chairs. I feel like that’s commendable.”

This effort was the latest in providing Klarman Hall with enough places to sit down, with notable past attempts ending with chairs as far as Cayuga Lake. An occasional bench has made its way to the hall.

“Everyone is used to sitting on the floor, but it’s nice to know that the requisite number of chairs for this large empty room is getting closer and closer” said Jackie Michula ‘17, adding “My lower extremities fell asleep hours ago.”

Facilities has reported that they are aware of the problem, and until a solution can be found they suggest students take chairs from the pile outside.