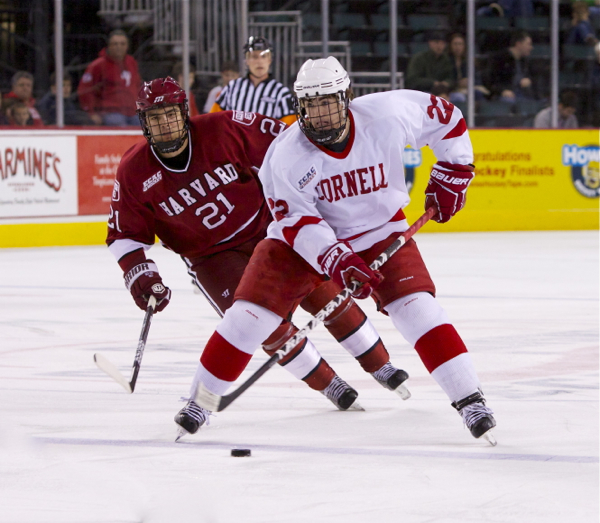 LAKE PLACID, NY – Despite a rough three periods so far for the Cornell Men’s Hockey team in tonight’s ECAC Hockey Final against Harvard, some students have remained optimistic of a victorious outcome, as the Big Red are only down by three goals entering the fourth quarter.

“Three points may seem like a lot, but I know our team has it in them to come back out here after this incredibly long intermission and send this game to overtime!” said Liana Murray ’20, attending her first ever hockey game with a few other friends who were new to the sport.

“Most of the crowd may not be sticking around – in fact, it seems like nearly everybody is leaving – but they’re going to be sorry when they miss out on this historic comeback. And now the zambonis are coming out – when does the hockey start again?”

Reports indicate that some Harvard players were seen prematurely celebrating their championship and were even prematurely awarded a trophy.