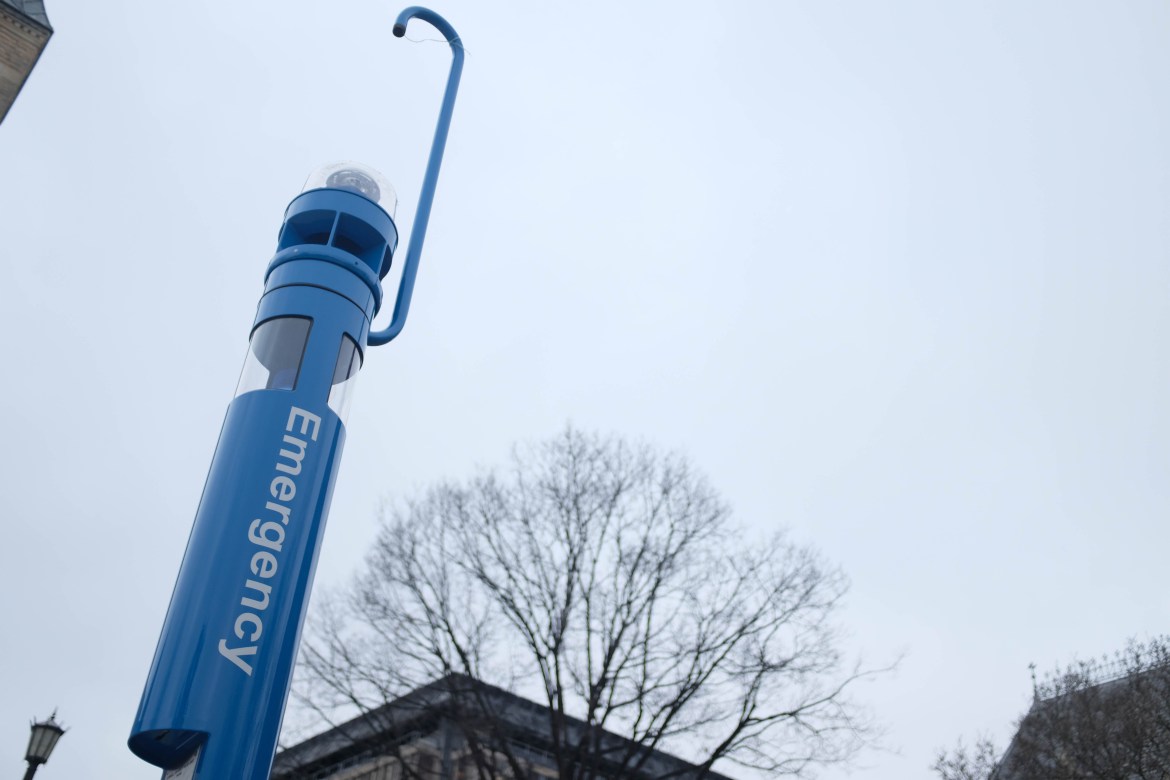 CENTRAL CAMPUS—The new Blue Light call boxes recently installed on campus are an architecture professor’s temporary art exhibit and will not connect users to the police, the University clarified Wednesday.

“I’ve decided to do my part to make Cornell more secure by creating an installation that forces viewers to ponder the true meaning of campus safety,” said Professor Tom Portman of his installation, which received funding from both the architecture department and the CUPD. “I believe this piece speaks to the core of humanity by evoking extreme emotions such as fear and panic, especially when someone’s calls don’t go through.”

“I don’t see the problem with these new Blue Lights. I always thought they were real pretty,” said CUPD officer Christian Markey. “Being honest, I didn’t even know they were for safety until you told me.”

Responding to complaints that the installation may be confusing, Police Chief Kathy Zoner said that students in danger should just suck it up and use their new app.