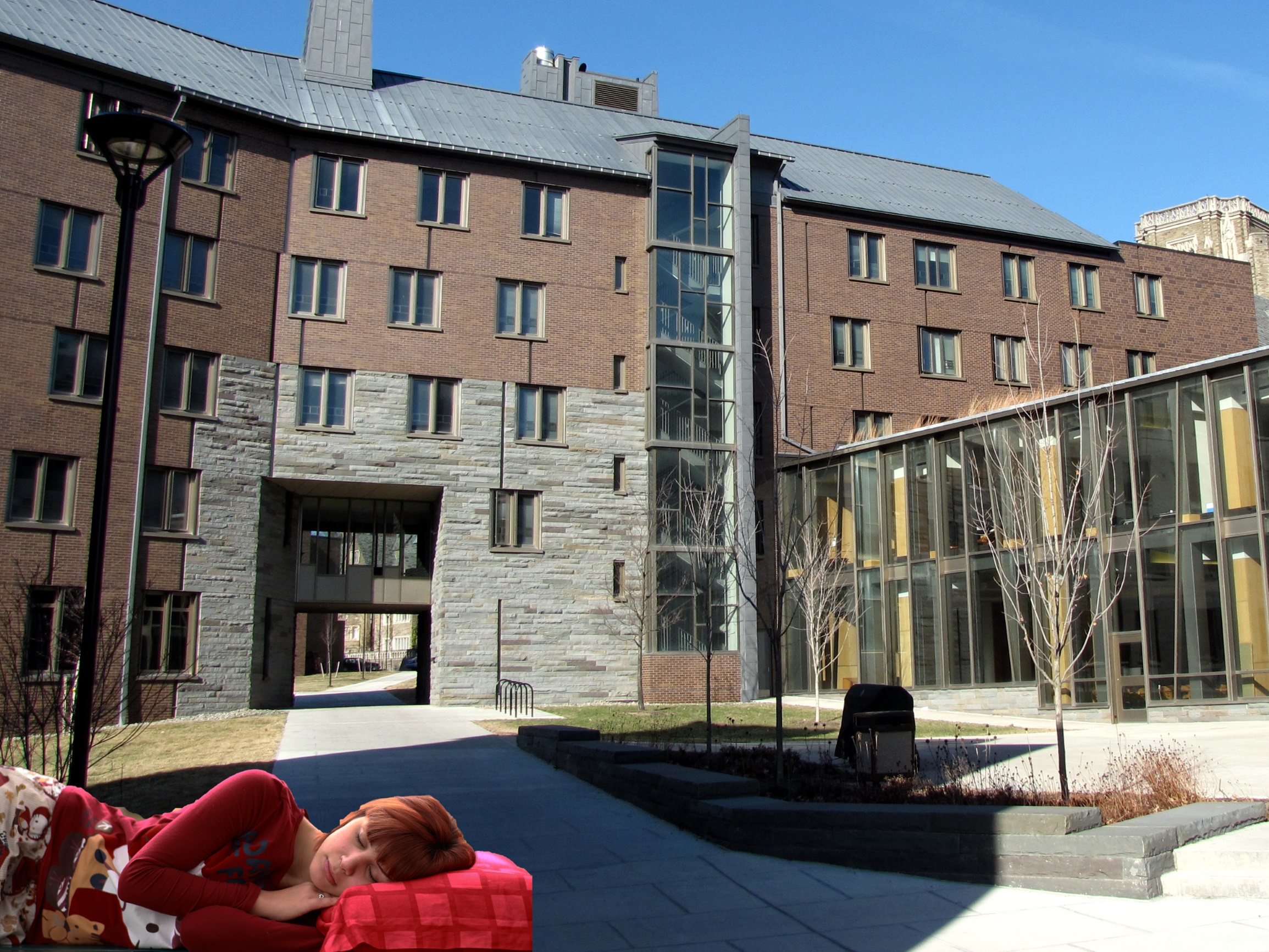 WEST CAMPUS—Last Friday, sophomore Anya Eddy was forced to sleep outside after she forgot her phone in her room and was unable to complete the newly required two step log-in to enter her dorm, McFaddin Hall.

“At first I was kind of annoyed,” Eddy recalled, “but after a few hours of screaming at the windows to no avail, I just became one with nature. Like, I’m basically a Buddhist now, with all the meditating and stuff.”

Despite her claims of Buddhism, passers-by recalled that Eddy spent most of the night crying and at one point tried to catch a wild rabbit. She was also observed writing a song to the tune of her ID card being denied at the McFaddin Hall door.

“It was a little suspicious that no one unlocked the door for me even though I could clearly see people’s lights on,” Eddy said, “I think at one point I even hallucinated the Duolingo bird holding his phone with the Duo Mobile app open mocking me from one of the windows.”

After her adventurous night outside, another student finally let her in the building, only for Eddy to be thwarted by the two step log-in also required to enter her room.