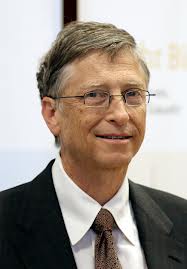 In what has been called a “change of heart” University President David Skorton has decided to rename Gates hall to Satya Nadella hall in light of Nadella being recently named the new CEO of Microsoft. The reason for the sudden name change mere weeks after the building’s opening is, as President Skorton argues, because “the new name was simply more fitting.”

Bill Gates, who currently remains a member of Microsoft’s board, but will transition to technology adviser status within the coming months told CU Nooz that “ During this time of transformation, there is no better person to name this building after than Satya Nadella. He is a proven leader with hard-core engineering skills, business vision and the ability to bring people together.”

Though Gates’ official statement was positive, sources close to him have stated that, upon hearing Skorton’s announcement, he displayed a sad demeanor and mumbled something along the lines of “they’ve taken all I had left” as he solemnly put on his Zune headphones and started playing Adele songs.