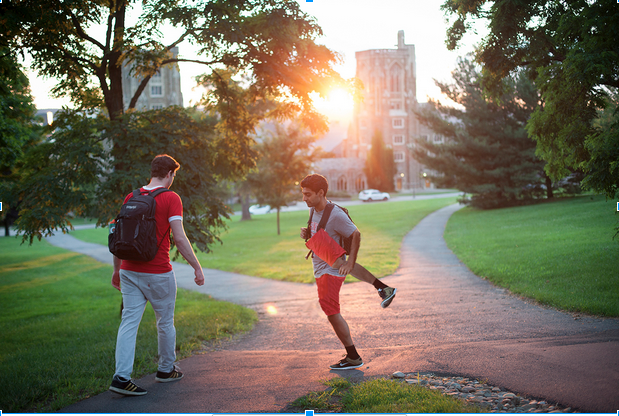 GANNETT — A serious hardship for Cornell students is the steep hike up Libe Slope from West Campus, which often results in fatigue, soreness and loss of legs. Cornell Student Health Services has announced plans to open facilities at the summit of Libe Slope for the express purpose of re-attaching limbs that may have fallen off during the climb to Central Campus.

“All too often, we see students hobbling off to class on one or sometimes even no legs,” said Janet Corson-Rikett, director of Gannet Health Center. “Most of the time, these students should seek medical attention immediately. However, their busy schedules prevent them from coming to Gannet, and they end up carrying their legs around for weeks at a time. The new tent behind Uris Library will provide fast treatment for these students, hopefully before gangrene sets in.”

During a three-month trial period in early 2013, the reattachment service had mixed results, with doctors often mixing right/left legs, female/male legs etc, nevertheless, many students are excited for the new service.

“I was starting to get used to having my legs fall off every couple of weeks,” said Alan Newberry ’16 , a regular at Gannett’s main office. “One time I got up the slope with most of my right thigh and calf intact, and I thought I was building up some endurance, but then I lost both of them the next day. This new service is something I’m going to need.”

University officials have stated that the service will not provide care to leprosy patients or those with preexisting conditions.