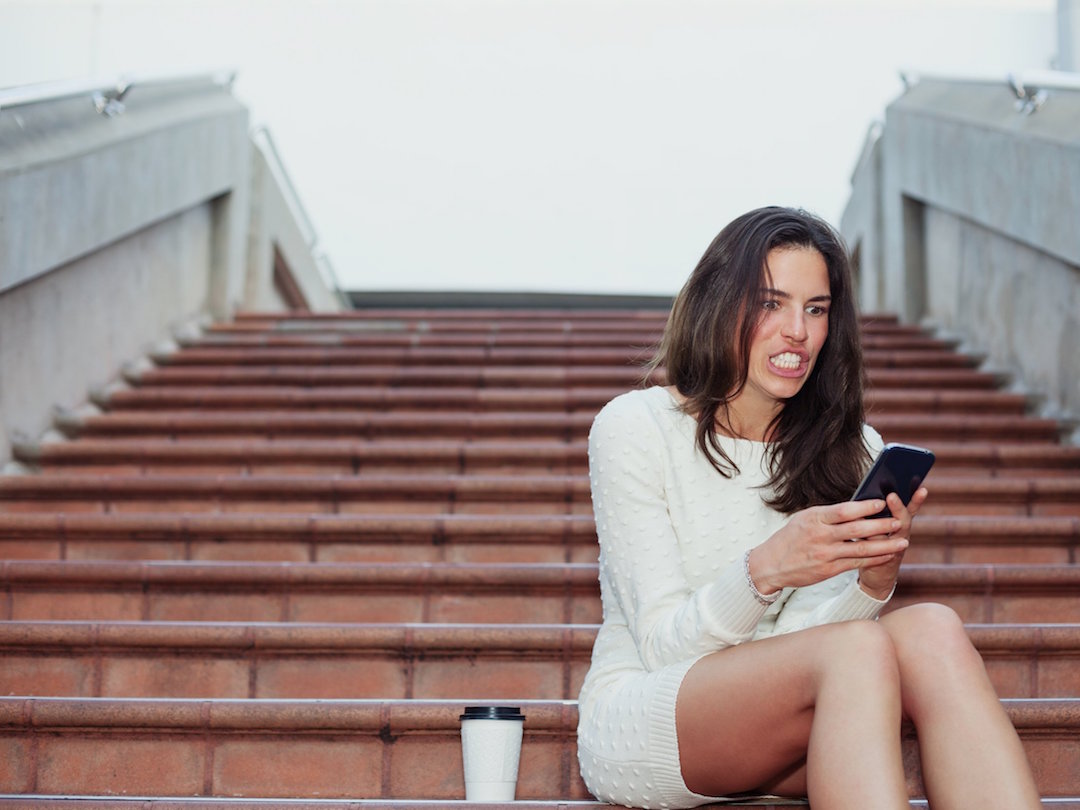 COLLEGETOWN – Following the news that her best friend Margaret Floyd ’16 had just received a job offer from Goldman Sachs, fellow senior Ellen Barr ’16 was observed to be in a panicked state as she hurried to find more friends who were similarly still unemployed for the following year.

“Well Margaret just got a job, and Keisha got a position with a pharmaceutical company last week… so who’s left? Am I the only one who doesn’t have a job yet?” exclaimed Barr, frantically searching her friends’ Facebook walls to discern whether or not she could find any equally jobless seniors.

“Millie too? She’s working for her local judiciary office in the year before she applies to law school? Are you kidding me? And what do you know- Johanna is getting funding for her “S’mores and Samosas” food truck concept. I can’t believe I still don’t have a job.”

Later that afternoon, Barr reportedly received a lucrative job offer from Google, though the offer went unnoticed as it was sent directly to her spam folder.