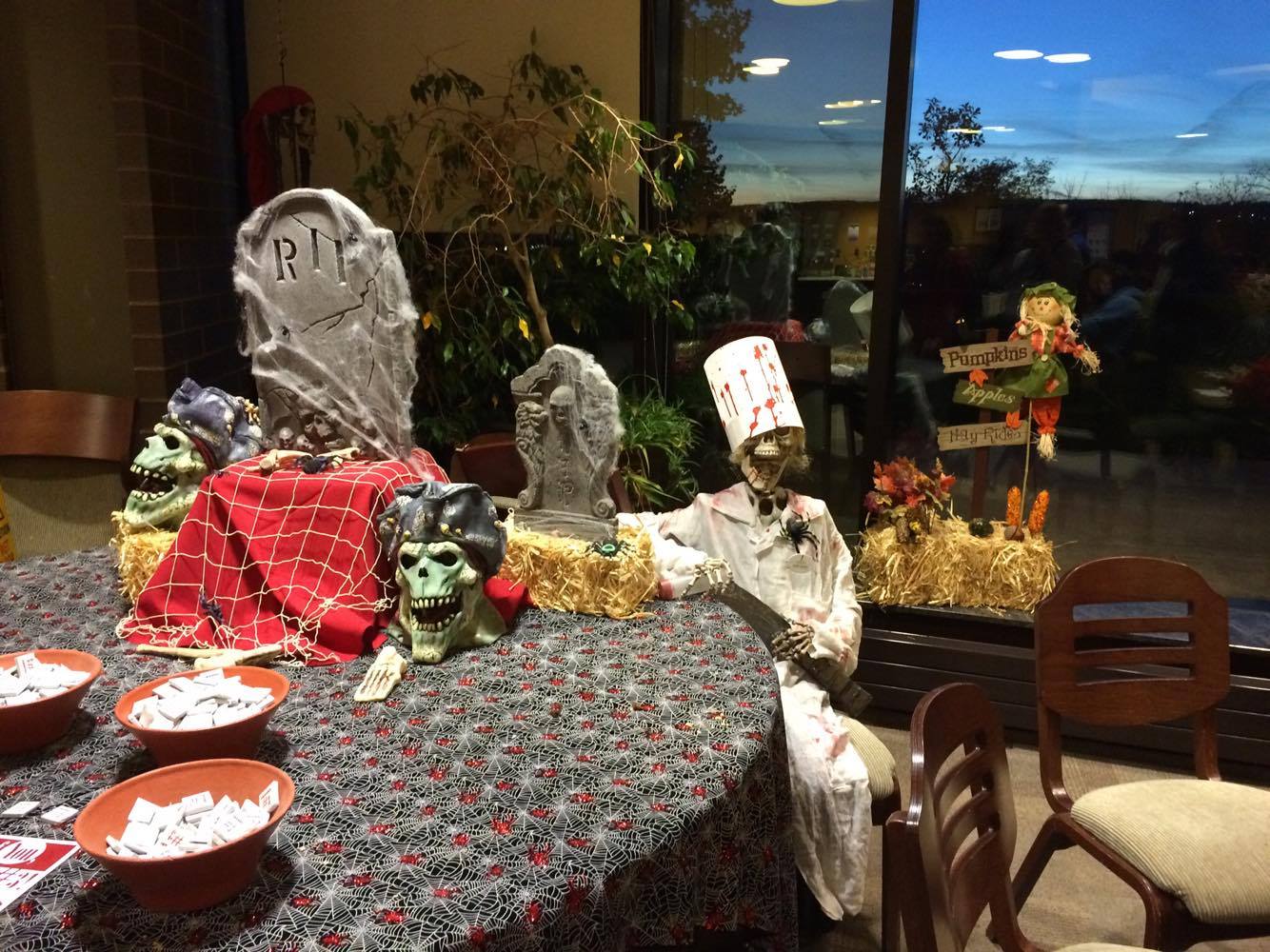 Terrorizing all who enter the rooms of zombie caution tape and spooky tombstones, the meatloaf is still the scariest thing in Cornell’s dining halls, despite the decorations.

“The Halloween stuff is, like, whatever. But when I got the meatloaf I legit screamed,” commented Bryan Wang, shivering at the thought of ingesting the flavorless beef bricks.

All the other food has been renamed under a Halloween theme, like the “cranial fluid” iced tea, but the meatloaf remains as terrifying as ever with its name unchanged.

Wanda McKnight, an unassuming sophomore who made the fatal mistake of tasting the cow cubes, said, “As soon as I put it in my mouth it came right back out.” She looked down at her plate laden with the chunky beef porridge, and added, “At least now it won’t be served to someone else.”

Many innocent victims of the questionably edible brown mush have been seen huddled around a Purell dispenser that’s been covered in a Scream mask, because they feel it represents their inner fear and desire to be clean after that revolting experience.

As one student rationally avoided the meatloaf, a Cornell chef shouted the warning, “No one is safe! Except the vegans. Fucking vegans.”