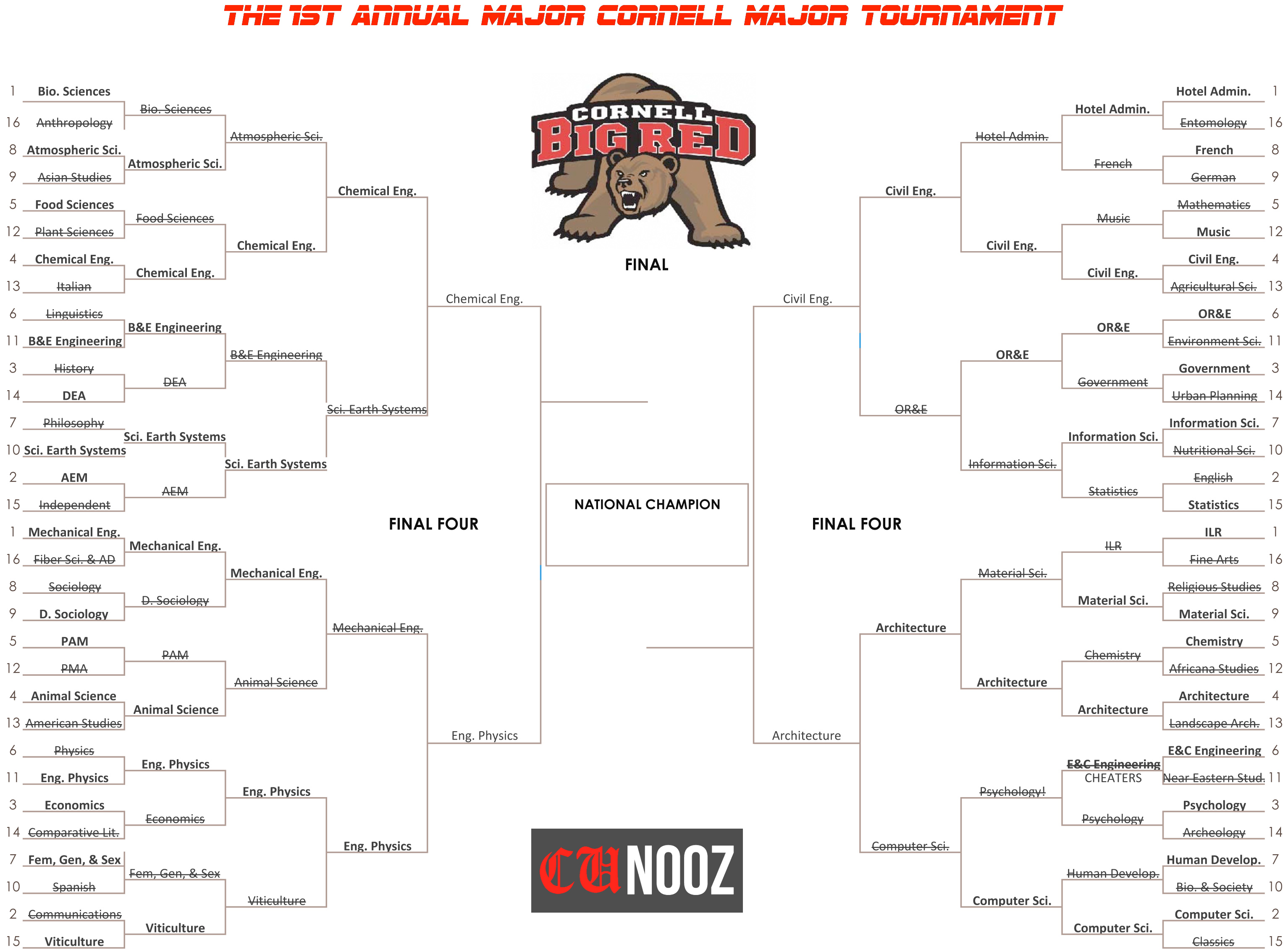 CU Nooz is proud to announce the 1st Annual Major Cornell Major Tournament! We’re down to 4 undergraduate majors battling it out to determine once and for all which major is the most likely to get votes in an arbitrary competition. Look over the bracket, read up on what each major is, and vote for who you’d like to see move on to the next round! Round 5 voting ends this Tuesday. After Tuesday, the Round 5 winners will be announced, and voting for the next round will open up. In the end, the last major standing will receive a wonderful prize in the form of three feature CU Nooz articles. Happy fighting!

Round V voting has closed. Stay tuned for the winners!