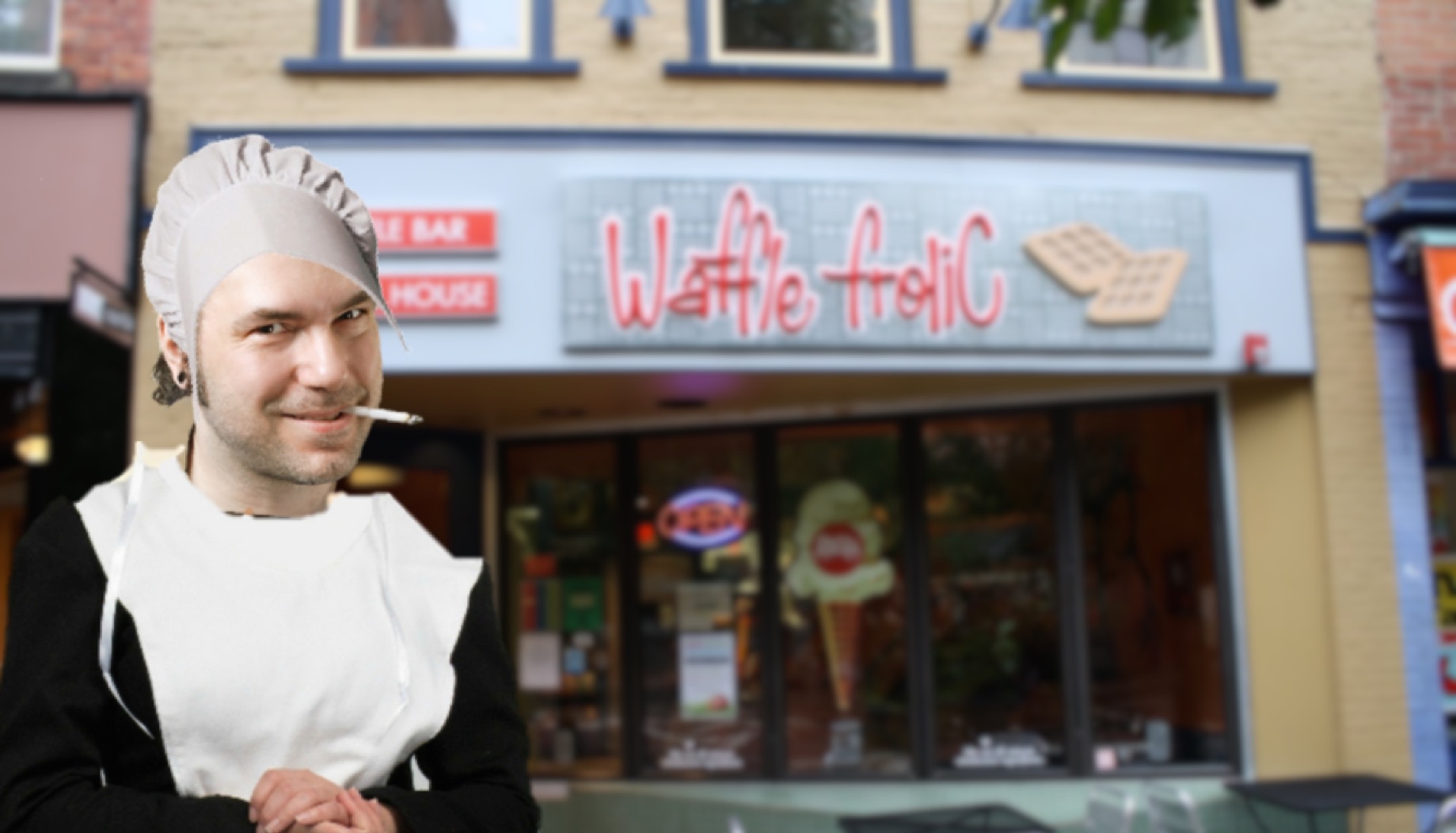 THE COMMONS—After he saw 20-minutes lines for Apple Fest-goers to pay $2 for a single apple cider donut made by members of a local Amish community this past weekend, owner of local restaurant Waffle Frolic Johnny Clotter was observed putting on an Amish-style bonnet in hopes that the aesthetic would bring him more business.

“The market wants what the market wants,” explained Clotter. “If all I need is an old-timey hat and a smaller electric bill to charge double for my waffles, I’m fully on board.”

Waffle Frolic’s traditionally hip staff was reportedly instructed to wear ankle-length dresses and aprons and to say the waffles were only made using employees’ bare hands. Further, they were told to only accept cash for the $30 waffles unless customers thought it was just as authentic to pay with credit card.

“Not a fan,” commented Malachi Schlappach, one of the donut booth cashiers.

At press time, Ithacans lined up around the block to say they were partaking in a ‘cultural experience’ while secretly gawking at what they thought were funny clothes.