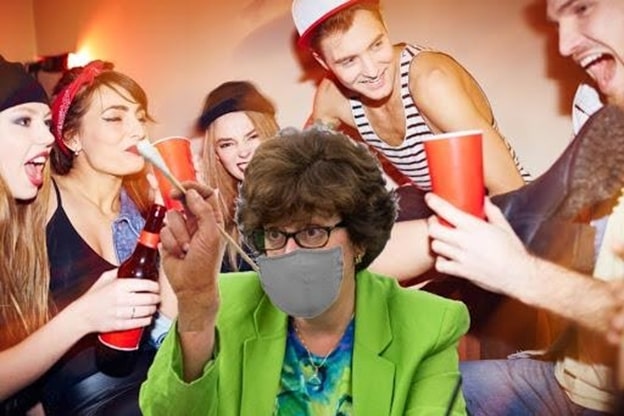 DAY HALL–In a virtual statement given this morning President Pollack informed the plague-ridden student body that effective immediately, all Greek life members will be subject to coronavirus testing every thirty minutes.

“Listen up, motherfuckers,” Pollack growled. “It’s Martha rules from now on. From now on, no brother or sister will be able to eat, sleep, or do body shots off a stranger’s belly button without stopping every thirty minutes to be nasally penetrated by four inches of hard, unyielding q-tip.”

A fraternity brother started to protest, but was immediately silenced by a figure in a hazmat suit firing a modified rifle that blasted a swab directly into his nose, leaving his body twitching over the Zoom feed. Pollack could be heard describing the scene as “Now that’s takin’ care of business, Martha-style” before resuming her speech.

“This thirty minute thing is just the beginning. You cough once? That’s a supplemental corona test. Make eye contact with another person? Supplemental corona test. And by god, brother, if we catch you at a party the only thing that’s stopping this foot from going directly up your ass is that there’ll be a corona swab there already.”

Pollack concluded her speech by politely assuring students that, as always, any houses who didn’t want to follow the new rules could have one of their alumni send Cornell a large check.