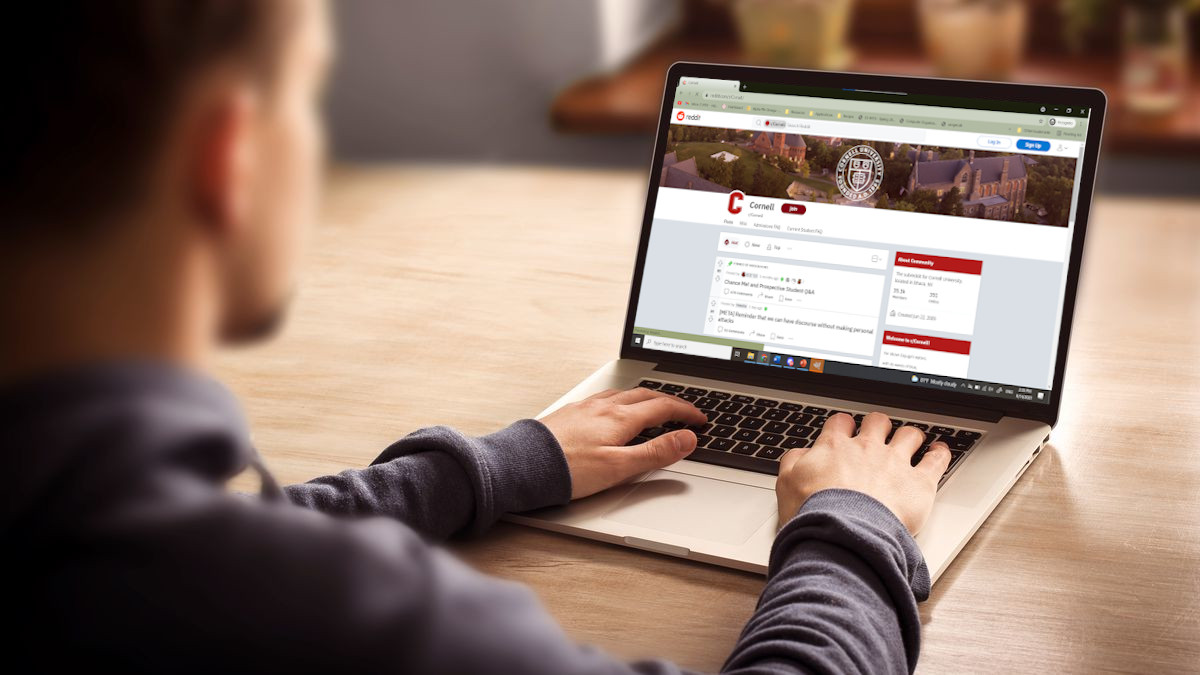 DYSON—What do you do when a relationship gets stale? After years of romance, it’s hard to imagine just stepping out on all that emotion. And with my current beau, it was hard to imagine ever leaving him. We’d had too many good times together, and I knew what a sweet guy he was. I just couldn’t bring myself to hurt him like that. At least, not until I saw him browsing r/Cornell in bed this morning. Now he’s dead to me.

The thing is, there were always signs. He referred to himself as a “sigma male” in casual conversation, and he has a Fight Club poster taped to his dorm room wall. He also complains constantly about Cornell’s COVID restrictions despite never following them in the first place. Red flags for sure, but we all have our dumb pet words and Lynch has some good movies, so I figured I’d look past them and give him a chance. Well, after finding out he unironically brags about karma to our friends, I know that was two chances too many. I’m not sure if breaking up with him is enough, but a restraining order probably wouldn’t get past a judge.

Is there anything I could do that would get it through to him not only are we over, but that I never want to see him again? I’m not sure I could get a divorce from a college boyfriend, and even if I could, I don’t want half of his stuff. I have no use for anime figurines and no interest in his box set of MTV’s Ridiculousness.

It’s not that I want to hurt him, but I’m not entirely sure he would understand a breakup conversation or if he would dismiss any display of emotion as “normie shit.” Maybe if I broke up with him in an AMA? Ugh, even the thought of using it feels gross. Why couldn’t he have just gotten into Twitter or joined the SA or something, like normal unreasonably angry people who are desperate for attention?