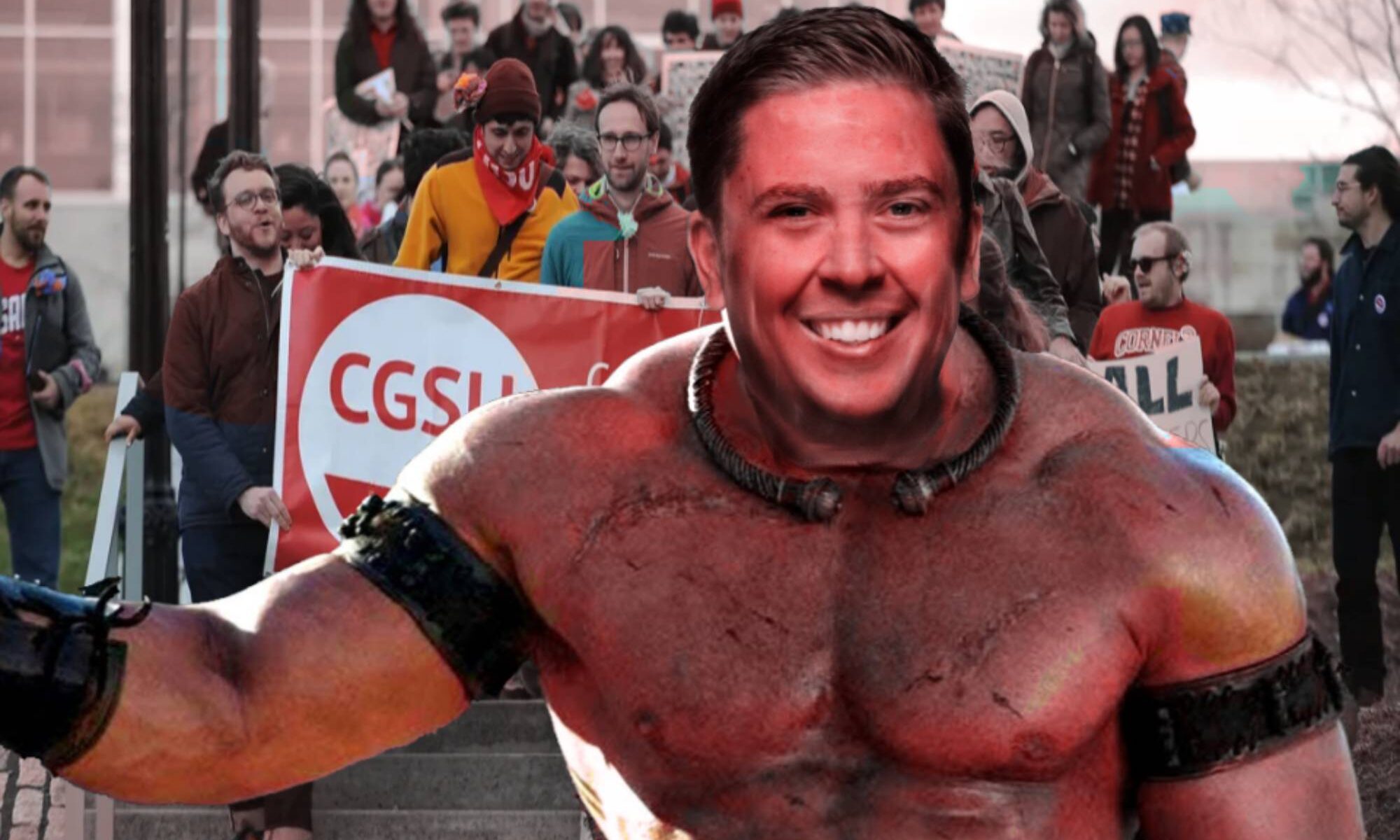 DAY HALL—In the wake of a 30,000-strong grad student strike in the University of California system, Cornell’s second-most well known administrator has offered to battle graduate students to the death to avoid paying a fair wage.

“University policy explicitly states that we would treat graduate students as equals ‘over our dead bodies,’ and we follow rules here at Cornell,” explained VP Ryan Lombardi. “Therefore, graduate students are entitled to a living wage if and only if they can prove themselves my equal in mortal combat, mano a mano. No weapons: just our fists, our wits, and the cool breeze on the roof of the Statler. If I die, or if I yield, we can promise an industry-average health plan and compensation package. Graduate students say they want to be able to ‘afford food,’ but I’m standing right here offering any of them a free knuckle sandwich.”

Following the announcement, the Cornell Board of Trustees held an emergency meeting in which they approved Lombardi’s offer. According to the graduate representative to the Board, the assembly was originally against the proposal, until Lombardi ripped his shirt off and offered to “give a taste” to any Trustee who dared oppose him, after which the proposal passed unanimously.The Cornell Graduate Student Union (CGSU), however, seemed less enthusiastic about the prospect of a battle royale, claiming that they would prefer a traditional bargaining session to murder.

“Frankly, we are asking for the bare minimum here,” argued physics PhD candidate James Allston ‘24. “A simple arbitration session would be far easier on all of us. The fact that Ryan Lombardi would rather die than offer us a basic cost-of-living raise says a lot about his hatred of grad students, or his confidence in his Muay Thai instructor.”

At press time, the graduate student has declined to challenge Lombardi, opting instead to surrender by leaving a gift of a large wooden bear outside the doors of Day Hall.