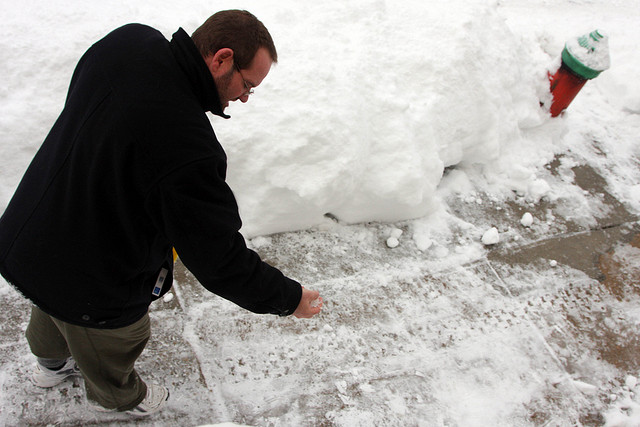 ITHACA, NY – Ithaca’s new sidewalk-salting campaign has been a large scale attempt to combat the bland flavor of the city’s paths and walkways. Complaints started rolling in to the town council in early 2011 that Ithaca sidewalks were fairly tasteless, and that most residents felt some sort of seasoning was necessary to enhance the flavor.

Said Ithaca resident Derek Reynolds, “Before they started salting the roads, I always tasted an overwhelming flavor of cement, with an earthy undertone and an aroma of shoe whenever I ate my sidewalk. Not too enjoyable, but I ate it anyways. Now that they put some salt on it, it’s completely changed the way I eat!”

The town originally attempted to spread saffron and oregano instead of salt, but after covering East Seneca Street, they were quickly running out of funds, and decided that salt would be a much cheaper spice for the project.

“Now my only complaint is that the texture is too crunchy, but I can live with that,” added Reynolds.