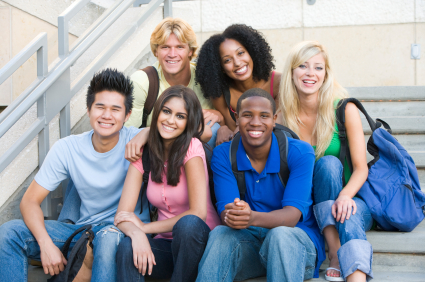 Over the weekend university officials in the Undergraduate Admissions Office and the Office of Academic Diversity Initiatives revealed their new method of admitting students to create a class that is “100% diverse”. The new admissions scheme, starting with the Class of 2018, aims to make the incoming student body exactly mirror the racial, geographic, and economic diversity of the country.
Thus, because approximately 77.9% of the population in this country is white, that percentage of accepted students must be white. This percentage is multiplied by the total number of applicants to determine how many must be accepted, and the same is done for Blacks, Hispanics, and Asians. “It’s a good thing to do. Really egalitarian, and quite trendy” Assistant Dean of Admissions Ernest Buchanan said of the new method.

Buchanan cited the “really big” mismatch between the Class of 2017 make up and national statistics, as well as “important trends”, as the major drivers behind implementing this scheme.
If the same formula had been used last year, rather than 542 Asian Americans (16.5% of the class but 5.1% of the population) and 398 Hispanics/Latinos (12.1% of the class but 16.9% of the population), there would be 167.38 Asian Americans and 554.66 Hispanics/Latinos in the Class of 2017. Early on, admissions officials decided to scrap admission based on economic diversity after realizing that achieving it would be impossible and, according to Buchanan, “quite ridiculous if you really think about it.”

Regional diversity will be achieved in a similar manner to racial diversity. The percentage of the total US population a state has will be the percentage of students that come from that state. For example, the Class of 2018 will have 50.81 students from Alabama and 8.65 students from South Dakota. New York residents, however, will still comprise one-third of each incoming class.