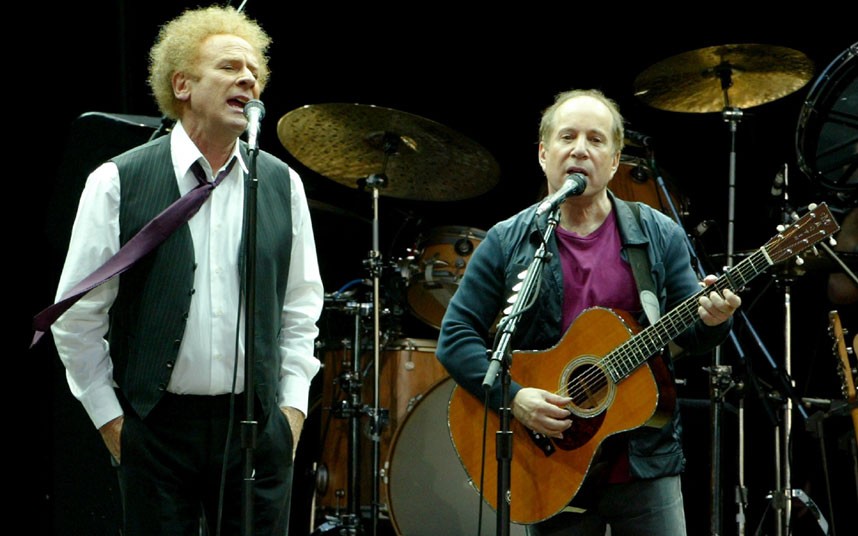 ITHACA, NY – Campus was abuzz today with Slope Day Programming Board’s announcement that the immensely popular 1960’s folk/rock duo Simon and Garfunkel would be headlining Slope Day 2014. “We got a lot of requests this year, and it was a tough call. More popular solo artists like James Taylor and Neil Young were in high demand,” explained Slope Day Chair Lee Singer ’14. “Heavier groups like Fleetwood Mac were also considered, but ultimately we were won over by the timeless harmonies and lyricism of S&G.”

Reception of this news has been overwhelmingly positive. Said Junior Elijah Rose, “I’m just really pumped up for Slope Day this year. We’re always pregaming to Paul and Art’s hits,” adding “Me and Julio Down by the Schoolyard and You Can Call Me Al are real go to’s for bringing up the energy at mixers or parties.”

Other students are more apprehensive for the upcoming on-campus performance from the masterminds of the soundtrack of The Graduate. “I know they’ll play their classics like Sound of Silence, and Scarborough Fair, but I’d be bummed if they skip their newer stuff like Cecelia and Bridge Over [Troubled Waters],” said sophomore Brianna Jackson.

Other students have expressed disappointment at the genre of music, but Singer defends the choice of Simon and Garfunkel, an eight time platinum sensation. “We know we could have gone more mainstream. Blues is really big, and we tried for B.B. King. We also thought about classical and Jazz. Everyone loves Yo Yo [Ma] or Duke [Ellington], but those guys were way too busy with festivals and tours right now.”

While the Slope Day decision was popular amongst the student body, faculty seems less excited than in past years. Professor John Greenly told CU Nooz “I’ve never heard of these guys. Everything kids are listening to these days just sounds like noise to me. I’ve never been able to keep them all straight between The Who-Stones and those Beatle-y Boys.” Still, the majority of students remain excited. Rose predicted to CU Nooz, “When they break out Mrs. Robinson everyone is just gonna go hard. I just hope I’m not too fucked up to remember it.”