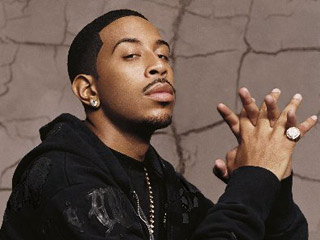 Student Assembly Executive Vice President Mark Coombs ‘08 announced Ludacris today as the 2006 Slope Day headliner. Said Coombs, “We are really excited to welcome Luda, straight off of the drop of his hit record Release Therapy.” Ludacris is best known for his fast and witty rapping style, often mockingly criticizing current events such as the leadership of President Bush and the Google purchase of Youtube.

A Grammy award winner, he recently released his fifth studio album Release Therapy. The album was praised by critics for it’s “realness” and “ability to truly capture the rap world of today”, a world that includes top selling artists Jayceon Terell Taylor and J Dilla. The student body reacted positively to the announcement.

Said Maria Tivaris ’07, “It’s really shaping up to be a good year, what with the end of the Lebanon War and now this!” Jonathan Waxman ’07 said he is, “…just excited to see him in person. He was so great acting in that fast cars movie! I hope they make more of those.” Also responding with enthusiasm was new Cornell President David Skorton. “I’m really looking forward to this being my first slope day, of what I’m sure will be many to come. I can’t imagine leaving this amazing community, not for at least a decade.”

The festival will take place on the last day of class on May 5th, and takes over the entire slope. Says Slope Day Organizer Patrick O’malley ’06, “Slope Day is always such a fun and exciting day. But don’t worry, we won’t be letting Dick Cheney in hahaha. We’ll all be safe.” O’malley was alluding to the Vice President’s recent scandal when he shot a close friend in the face on a hunting trip.

When contacted, Ludacris’ rep re-iterated how excited the rapper was to perform for the large and diverse Cornell community. However, he is disappointed that he will no longer be allowed to bring liquids onto airplanes. The announcement did come with some criticism, as the opener is a virtually unheard of performer named Lady Gaga. Known for her wacky clothing style, she does some kind of music.