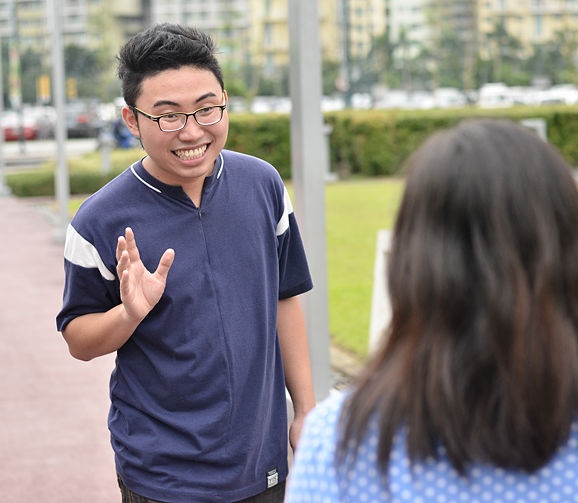 CENTRAL CAMPUS — Chris Reynolds ‘18, a student in Beginning Mandarin I, has reportedly been attempting to greet every Asian student he passes by saying “Ni hao” as if it’s no big deal.

“I don’t even know this kid,” said Charles Park, a senior in the Hotel school who walked by Reynolds on Ho Plaza his weekend. “And my family is from Korea.”

His blissfully naïve enthusiasm has made at least 25 students uncomfortable according to conservative reports and confused over fifteen Asian students coming from places such as Korea, Japan, and New Jersey.

“He says it’s for the practice, but it just makes me wince every time he does it,” complained classmate Wendy Hung ‘16. “Oh my god, Chris, you can’t just walk up and say hello. Even if it’s in Mandarin Chinese.”