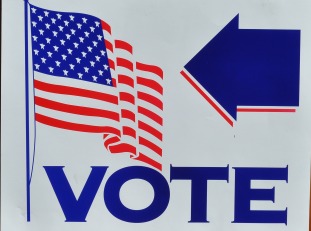 MEWS HALL — Student Assembly Candidate Ingrid Ahlers ‘18 is currently leading in the fall election, likely due to the fact that her name comes first on the ballot. CU Nooz surveyed over 250 students who had already voted, and all agreed that the biggest quality they look for in a candidate was how far down the ballot they had to scroll to find their name.

“My campaign is based around three central ideas: Freezing tuition, more administrative transparency, and alphabetical superiority,” says Ahlers. “My experience in student government during high school, my lifelong focus on community service and volunteer work, and my last name set me apart from the other candidates.”

Her stiffest competition has come from Candidate Quentin Fletcher, currently in second place. Fletcher admitted that “Ingrid is a great candidate, and I can’t come near to offering some of her core values, like past experience or her family’s name. I firmly believe, however, that I’m a fantastic chalk artist and that qualifies me to represent over 3,000 students.”

Ahlers maintained that students are incredibly busy, and that they should be focusing on their studies as much as possible. “Don’t waste your time scrolling through the ballot or reading candidates’ platforms. Just vote for the first name that you see. It likely won’t make too much of a difference.”

Some students have speculated that the “name issue” played a central role in the resignation of four SA members earlier this fall. “If you look at their names, none of them come in the first quarter of the alphabet,” says Jasmine Quarless ‘16. “In my opinion, they realized that they couldn’t ask students to scroll that far down the ballot and decided to allow someone more qualified to take over.”