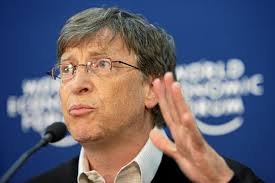 ITHACA- Bill Gates’ visit to Cornell this week is packed with events, including the Computer Science Department’s 50th anniversary and a Q&A session with President Skorton, culminating in the dedication ceremony for Gates Hall. During his stay, Gates will announce the overall goals of the academic building, which include encouraging budding young computer scientists to drop out of college.

“I am inspiring the computer scientists of the future to explore upcoming business ventures,” explained the multibillionaire technological genius, “and you can only get those opportunities outside of the university and take advantage of them by dropping out of college early.”

C.S. department chair Fred Schneider is backing Gates in his message, and will accordingly allocate resources to ensure that students are able to get a jump on any new software companies that could spring up. Said Schneider in response to Gates, “a student can succeed by putting in hard work and abandoning college prematurely. We can only hope that every computer science student here can follow in Bill Gates’ image.”

Gates was later seen trying to motivate a struggling freshman by reminding him that not everybody could be Bill Gates, but even Mark Zuckerberg made $33 billion by dropping out of college.