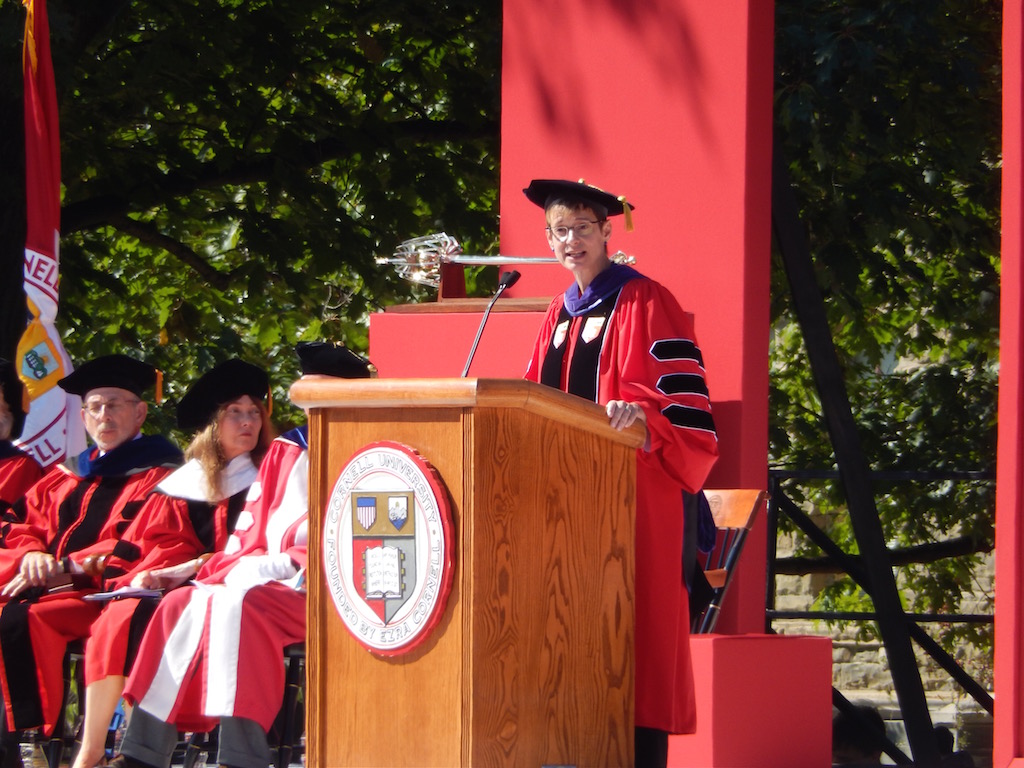 “I worked on my speech for days, but I think what people were most enamored by was that I’m the first Cornell President to wear a skirt,” said Garrett, whose newly inducted womanhood signals the leaps and strides of the female sex more than it does any of her proposed academic or social changes to the university.

Notable points of Garrett’s speech included her commitment to accessible higher education, an emphasis on applied research, the importance of a humanities degree, and many other significant topics that bowed in humility to Garrett’s esteemed femininity.

“It’s so inspirational that we now have a girl like me as the President of Cornell!”, commented spectator Cynthia Jansen ‘17, who until now had never realized the true potential of an already incredibly accomplished and determined woman following her career.

After the ceremony, Garrett’s attempts to make small talk at the reception following were impeded by the winds of social change messing up her hair.